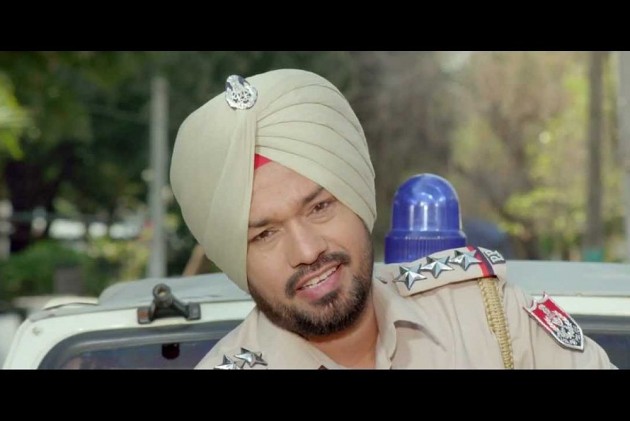 Former convener of the AAP's Punjab unit Gurpreet Singh Waraich 'Ghuggi' today resigned from the party's primary membership and termed the process under which Bhagwant Mann was appointed its state chief a "farce".

Ghuggi also slammed AAP's national convener and Delhi Chief Minister Arvind Kejriwal saying he did not have even five minutes to spare for the people of Punjab where he spent a lot of time before the assembly polls.

Mann hit back at Ghuggi saying, "He was made the party's state convener within two months of joining. At that time, the selection process was right? Now he raises question about it."

Ghuggi's decision to quit comes just two days after the party chose the Sangrur MP as its Punjab unit chief.

The decision of appointment of Mann was taken on Monday in a meeting chaired by Kejriwal.

Ghuggi said his opposition was not against any individual but he is upset with the appointment process.

"My opposition is to the process of appointing the new convenor... I would have been happy, had my party high command called me and said they are under pressure to replace me and wanted someone else in my place, I would have myself given up the post," he said.

As he announced his decision to quit, Ghuggi also took a dig at the alleged drinking habit of the Sangrur MP, saying if the party really wanted to give him the post, it could have waited for at least three months to ensure he gets rid of the habit.

Asked how he saw Mann as the new state party chief, Ghuggi took a jibe saying, "When someone's eyesight is not right and he is asked to drive a bus then accident will certainly take place."

He said suspended party leader and MP Dharmavira Gandhi, MLAs Sukhpal Khaira and H S Phoolka could have been a better choice to head the as state unit.

Ghuggi said the AAP's leadership in Delhi did not care to visit Punjab even once after the party lost the state polls.

"Kejriwal does not have even five minutes to spare for people of Punjab where he spent a lot of time before elections," he claimed.

"I had joined this party with high hopes, but today I am resigning from its primary membership with a heavy heart. For Punjab, Punjabi and Punjabiyat whatever needs to be done, I will do that, but this party which seems to have deviated from its principles," Ghuggi told mediapersons here.

The jolt of Ghuggi leaving the party came on a day when a senior leader from Amritsar, Upkar Singh Sandhu, was expelled over alleged anti-party activities. Sandhu too had criticised the decision of making Mann the party's Punjab unit chief.

Another senior leader Sukhpal Singh Khaira, chief whip of the party in the Punjab Assembly, had urged Kejriwal to remove him from the post on the day Mann was appointed the state chief.

"They decided to pick and choose amongst the 20 party MLAs and other members and said they had taken a decision to appoint a new convener. They call this election process, this is not election process it is a farce," Ghuggi said.

The right process would have been to call 117 candidates who contested the recently held state assembly polls, he said adding that heads of some wings of the party were called, yet many were ignored in this pick-and-choose process.

"I think with election conducted with pick and choose policy, injustice has been done to Punjab and Punjabiyat," Ghuggi said adding that the volunteers were not involved.

"I have known Bhagwant Mann for many years, we have been colleagues and I am not upset with him as an individual, he said.

"But they chose such a person, who was recently in the news as per which he had torn AAP posters outside his house ....In this backdrop, there was no need to make the appointment in a hurry because the feeling which one gets is that somebody was putting pressure," he said.

Ghuggi said that Mann had worked very hard for the party.

"But one person is facing a personal problem…I used to defend for his drinking habit. If you really want to give him the position then you should have waited for at least months so he could quit his drinking habit," he said.

It is difficult for me to work under such leader about whom the party itself thinks that if he continues with his drinking habit he will be removed, Ghuggi said.

Reacting to Ghuggi's resignation, Khaira said he was saddened with this development as the party had lost a hardworking, clean and popular leader.

The Shiromani Akali Dal (SAD) Guggi from the AAP is a "direct result of the moral degradation" in the party.

"Ghuggi is right in pointing out that Kejriwal could have given Mann three months to reform himself and cure himself of his drinking habits. His resignation is a direct result of the moral degradation of the AAP," SAD secretary general Sukhdev Singh Dhindsa said.