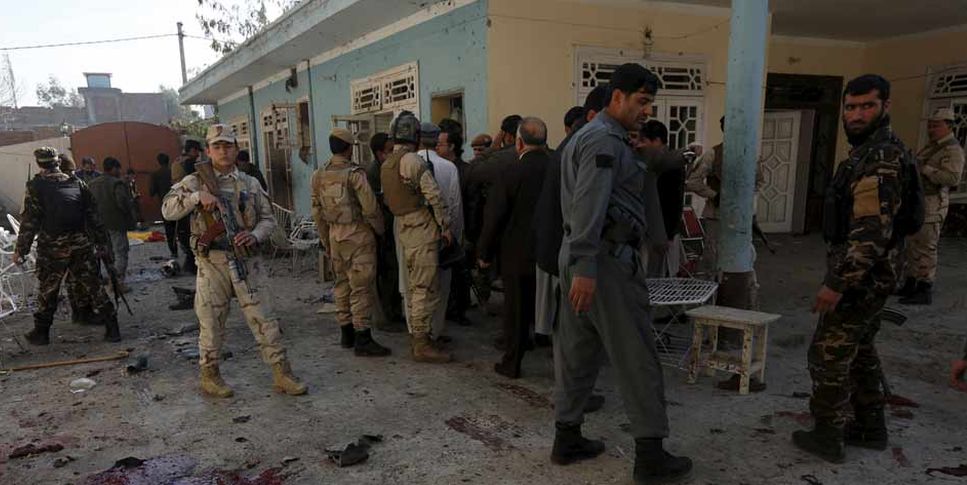 Inamullah Miakhial, a spokesman for the provincial hospital in Nangarhar, said four state TV employees and two police officers were among those killed, and that 18 other people were wounded.

Interior Ministry spokesman Najib Danish said four attackers were killed in the assault, which began with an explosion, followed by a gun battle with Afghan security forces.

The state media building is close to the governor's compound and a police station. Video footage from Jalalabad showed hundreds of Afghan security forces fanning out across the city, where shops were closed.

It was not immediately clear who was behind the attack. Both the Taliban and an Islamic State affiliate are active in Nangarhar, a mountainous province that borders Pakistan. Elsewhere in Afghanistan, three civilians were killed in separate bomb blasts, according to officials.

Qais Qadri, spokesman for the governor of eastern Kapisa province, said two civilians were killed and two others were wounded in a bomb blast late Tuesday in the Nijrab district.

Samim Khpolwak, spokesman for the governor of the southern Kandahar province, said a civilian was killed and 10 people were wounded, including three policemen, in a double bombing in the provincial capital.

No one immediately claimed either attack. The Taliban have stepped up their attacks since announcing their spring offensive last month.