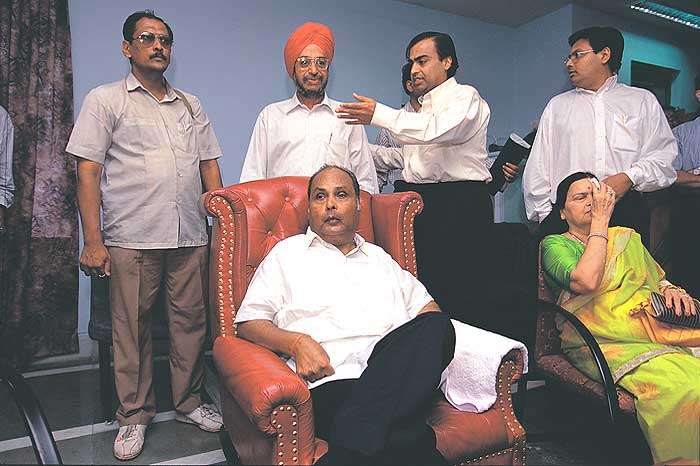 The BJP government in Gujarat is mulling to introduce a chapter on Reliance Group founder Dhirubhai Ambani in school textbooks to instill spirit of entrepreneurship in young minds.

The idea has been put across by Education Minister Bhupendrasinh Chudasma to the state Textbook Board, a senior state official said.

"The minister mooted the idea at a recent meeting of the office-bearers of the state textbook board that our children should be taught about lives and struggles of famous personalities, like Dhirubhai Ambani," Chief of the Gujarat State School Textbook Board (GSSTB) Nitin Pethani told PTI.

"Apart from Dhirubhai Ambani, there are many unknown personalities who had given their best to the society in terms of industrial entrepreneurship like Devkaran Nanji, the founder of Dena Bank," Pethani said.

"On instructions from the minister (Chudasma), we have directed textbook officials to draw up a list of such eminent personalities which we are likely to be added in the curriculum of standard IX to XII or we can also add it in the general knowledge books of standard VI to VIII," he added.

He said the aim is to enlighten the students with the lives of eminent business personalities of Gujarat, who made a name globally and instill in the children the spirit of entrepreneurship.

However, the state government has not decided on the time frame for inclusion of the chapter in the textbooks, he said.

"We have been doing practicals of Yoga in our schools already, but we will soon prepare books on Yoga as part of co-curriculum activities as per the guidance of GCERT (Gujarat Council of Education Research and Training) and the secondary education board," he said.