Congress MLA and party spokesperson in Gujarat Assembly Shailesh Parmar today alleged that crime rate in the state has escalated to such an extent that 'Gujarat model' has now turned into a 'crime model'.

During his speech in the Assembly on budgetary allocation to the State Home department, Parmar claimed that law and order situation has completely deteriorated during BJP's 17-year regime.

Citing figures from the National Crime Records Bureau's (NCRB) 2013 report, he said, "As per the NCRB report, serious crimes like murder, attempt to murder, loot, robbery, rioting, etc have gone high in the BJP rule."

Parmar said that between 2001 and 2013, as many as 14,893 cases of murder and 4,979 cases of rape were registered in Gujarat, which is quite alarming and reflects 'Gujarat model' has now turned into a 'crime model'.

The minister taking a note on the recovery of foreign liquor worth Rs 127 crore from various parts of the state last year, said, "We are a 'dry state'. How such a huge amount of liquor entered Gujarat if the government claims to be keeping a strict vigil on criminals?"

Parmar also raised question on the functioning of Gujarat police by giving reference of the recent Supreme Court judgement to acquit six persons booked by the state Anti Terrorist Squad (ATS) in the Akshardham attack case.

"If these six men, arrested by the ATS, were not involved in killing 39 innocent people in Akshardham temple, then the government should find out who all were actually behind the attack. I demand that the government must file an appeal in the Supreme Court to give justice to the families of these 39 victims," said Parmar.

However, refuting charges of Gujarat becoming a 'crime model', Minister of State for Home Rajnikant Patel claimed that Gujarat is far better in terms of crime rate, as compared to other states.

"Out of 33,000-odd murders that took place in all over India last year, only 1 per cent happened in Gujarat. Thus, we are behind 24 other states in murder incidents.

Similarly, we are 26th in 'attempt to murder' cases and 19th in theft related cases," Patel said, while answering to Parmar in the House.

Patel also claimed that Gujarat police did a commendable job in handling law and order situation.

"Around two decades ago, when Congress was ruling the state, many of our cities were known by a particular criminal (don), who used to control the city. With our initiatives, the situation is much better now. Gujarat is also free from any activity related to Naxalism, Maoism or terrorism," the minister said. 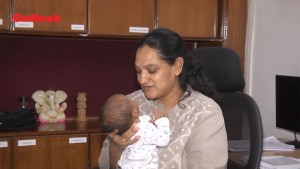