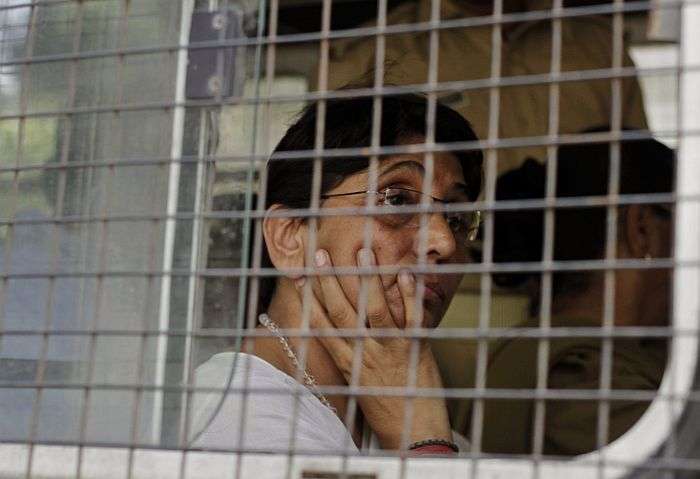 A two-member Gujarat High Court bench today recused itself from hearing appeals in Naroda Patiya case of 2002 riots, with the judges saying that some of the accused tried to approach them.

Justices M R Shah and K S Jhaveri today ordered, "Not before me", withdrawing themselves from hearing appeals of around 29 convicts including former state minister Mayaben Kodnani and former Vishwa Hindu Parishad leader Babu Bajrangi, who have challenged their conviction by a special trial court.

The case is related to killing of 97 people mostly belonging to the minority community during the post-Godhra riots.

While recusing themselves, both the judges said that some of the accused tried to approach them.

In this case, cross appeals have also been filed by the convicts, survivors and the prosecution agency-Special Investigation Team (SIT) either to enhance or to challenge the punishment conferred by the special trial court.

A special trial court had, in August, 2012, convicted 31 people and awarded life term to 30, including Kodnani for killings and criminal conspiracy, while it had also awarded 'imprisonment till death' to Bajrangi.

Meanwhile, Justice Tripathi retired on May 6 and the case had finally gone before another division bench.

Naroda Patiya riot, where 97 people were killed, had taken place a day after the Godhra train burning incident of February 27, 2002.