GST Teething Problems Will Be Resolved In One To Two Months, Says CEA Subramanian 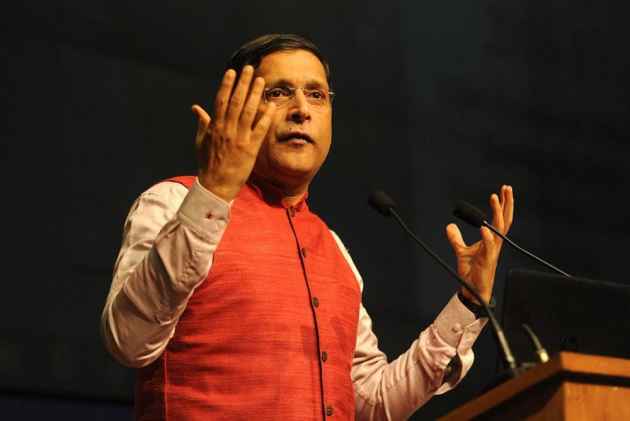 Print
A
A
A
increase text size
Outlook July 01, 2017 09:56 IST GST Teething Problems Will Be Resolved In One To Two Months, Says CEA Subramanian

"There will be some hurdles initially. But we will be able to remove them in 1-2 months," Subramanian told media after attending the GST rollout ceremony held in Parliament.

Describing the GST as a "disruptive change", President Pranab Mukherjee in his speech said there are bound to be some teething troubles which will have to be resolved quickly to ensure growth momentum of the economy is not impacted.

"Initially, there will be some problems, but both Centre and states are determined to resolve them," Central Vigilance Commissioner K V Chowdary said.

GST is an important move, he said, adding, it will curb black-marketing and improve ease of doing business.

Asked if prices of some goods will shoot up with GST in place, he said, "That is not correct, when the government has said it is revenue-neutral GST. The government is not earning additional revenue."

Asked if GST will spur economic growth, Senior BJP leader and former Finance Minister Yashwant Sinha said, "Let's wait and see. It is difficult to predict at this point of time."

AIADMK member Navaneethakrishnan said, "It is the right move. GST will benefit both consumers and traders. Prices will not increase. Tamil Nadu is fully prepared. All infrastructure is in place for smooth implementation."

"I am happy that the GST has come into existence. There are certain things regarding procedure and there are issues related to rates, we should sit down with traders. I am sure the council will take care of these things," former West Bengal finance minister and CPM leader Asim Dasgupta told PTI after the GST launch.

"I came here with concurrence of my party CPI-M because I was connected with the framing of the GST. I was chairman of Empowered Committee on GST way back in 2009. I find that the framework is still there."