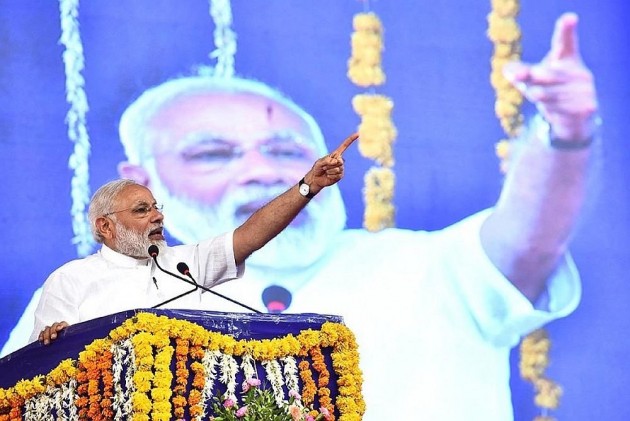 Prime Minister Narendra Modi today said the consensus on Goods and Services Tax (GST) reflects the spirit of 'one nation, one aspiration, one determination'.

"The consensus on GST will go down in history as a great illustration of cooperative federalism. GST reflects the spirit of 'One nation, One aspiration, One determination'," an official statement quoted Modi as saying.

The Prime Minister was delivering his opening remarks at the third meeting of the Governing Council of Niti Aayog.

According to the statement, the Prime Minister also said GST shows the strength and resolve of the federal structure.

Modi gave credit to all chief ministers for coming on one platform for GST, keeping aside ideological and political differences.

President Pranab Mukherjee on April 13 gave assent to four key legislations on GST. The government plans to roll out the new indirect tax regime from July 1.

Continue FREE with Ads Pay Rs. 1 to Read Without Ads
READ MORE IN:
Narendra Modi National
Next Story : Why Can't a Woman Live in Peace in This Country? Asks An Exasperated Supreme Court
Download the Outlook ​Magazines App. Six magazines, wherever you go! Play Store and App Store