"Due to the GST and demonetisation, so many youth have become unemployed and the BJP needs to give us an account for that." 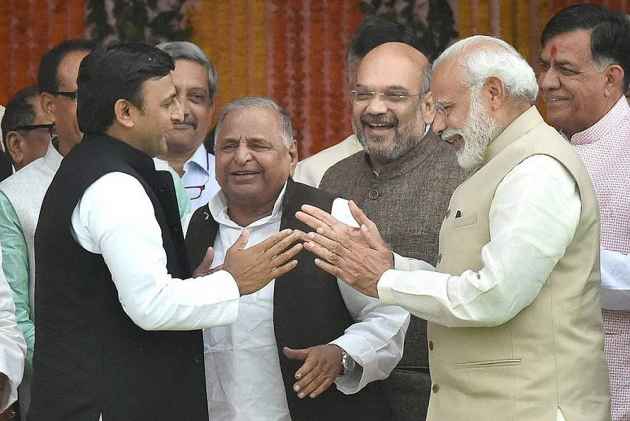 The Opposition parties on Sunday came together at the 'BJP Bhagao, Desh Bachao' rally against the Bharatiya Janata Party (BJP) where Samajwadi Party leader and former Uttar Pradesh chief minister Akhilesh Yadav said that the Goods and Services Tax (GST) and demonetisation have left the nation's youth unemployed.

Addressing the crowd there, Akhilesh Yadav said, "Due to the GST and demonetisation, so many youth have become unemployed and the BJP needs to give us an account for that."

He further said that India is a nation of hard work and struggle and added, "We want a nation of farmers and the youth."

Boasting about his party's achievements, Akhilesh said that he and his party made Uttar Pradesh a state of farmers and the youth.

"If you go on Google and type expressway, you will see an expressway of America, another of Europe and the next will be the picture of India's biggest expressway which is in Uttar Pradesh that was made by Samajwadi Party," he said.

Akhilesh Yadav also said that the ruling party keeps on talking about digital India, but "at my time I had given away 18 lakhs laptop. It was my government which gave free mobiles in UP. These schemes were our schemes."

"Earlier it was rally of the RJD, but now it has become a rally of Mahagatbandhan (grand alliance) to save the country," Sharad Yadav told reporters at Jay Prakash Narayan Airport in Patna on his arrival on Saturday.

Asked about his party warning that participation in the rally would invite action against him, Sharad Yadav refused to make any comment saying "Kuch nahi bolna hain" (I have nothing to say).

Meanwhile, a lot of other senior leaders from other parties also shared the dais with RJD leader Lalu Prasad.

Earlier, the RJD chief said that the rally would be an important event ahead of 2019 Lok Sabha polls in which a united opposition would throw the BJP out of power. (ANI)