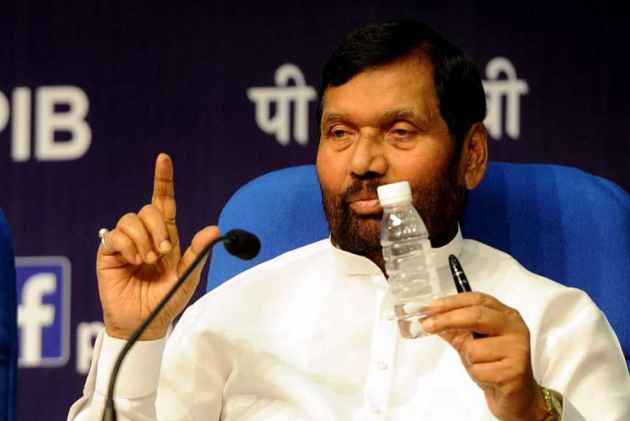 Consumer Affairs Minister Ram Vilas Paswan today warned of a fine of up to Rs 1 lakh, including a jail term, if new post GST rates are not printed on the inventory in the interest of consumers.

Manufacturers have been allowed to clear the unsold stocks by September with new MRP.

A committee of the consumer affairs ministry has been set up to address consumer grievances on GST and even helplines have been increased to 60 from 14 to address tax related queries, he said.

More than 700 queries have been received by the consumer helplines and the ministry has sought expert help from its finance counterpart to resolve them.

"There are initial hiccups while implementing GST, but all those will be resolved soon. All ministries concerned, including finance and consumer affairs, are alert and a redressal mechanism is in place to resolve the concerns of consumers and traders," Paswan told reporters here.

Under the GST regime, he said some prices of goods have fallen and some have risen.

"We have told companies to reprint revised rates on unsold goods. Stickers of new MRP should be pasted so that consumers are aware of the change in rates after GST," he said.

It is mandatory to print revised MRP on the inventory, else stringent action will be taken for violation of the Packaged Commodities Rules, he warned.

Non-compliance of this will attract a fine of Rs 25,000 for first time offence, Rs 50,000 for second time and up to Rs 1 lakh penalty for third offence onwards and even imprisonment of up to one year, he told PTI separately.

India moved to the Goods and Services Tax (GST) on July 1. A relaxation was given to manufacturers and importers to reprint the new maximum retail price (MRP) after GST on the inventory to be sold by September.

Paswan also said the new rates to be printed on the inventory should be communicated to the consumer affairs ministry and advertised for better awareness of consumers.