Growth Slowed Down Due to Demonetisation, Economy Running on One Engine of Public Spending: Manmohan Singh 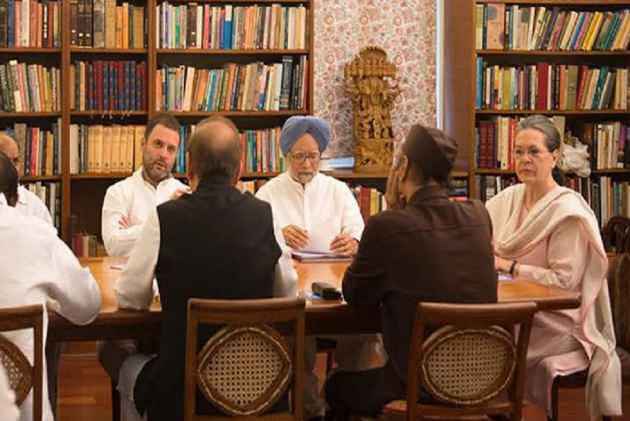 Print
A
A
A
increase text size
Outlook June 06, 2017 19:06 IST Growth Slowed Down Due to Demonetisation, Economy Running on One Engine of Public Spending: Manmohan Singh

Former Prime Minister Manmohan Singh today said the country's growth has slowed down mainly because of demonetisation and the economy is running on just one engine of public spending.

He expressed serious concern over the situation, particularly the impact on job creation.

Singh, in his intervention at the Congress Working Committee (CWC) meet, talked about the decline in the economic growth as depicted in the last quarter GDP numbers.

He said the slow down was primarily due to demonetisation announced by Prime Minister Narendra Modi on November 8 last year.

He said the Gross Value Addition (GVA) is the true sub-measure of economic activity and it has experienced a steep and sustained fall.

"Private sector investment has collapsed and the economy is running on just one engine of public spending," he said at the meeting, chaired by Congress President Sonia Gandhi.

"The most worrisome aspect of all this is the impact on job creation. Jobs have been extremely hard to come by for the youth of the nation," he said.

The former Prime Minister noted that the construction industry, which is one of the largest employment generators in the country, has suffered contraction.

This, he said, "implies loss of millions of jobs for the nation's workforce".

Continue FREE with Ads Pay Rs. 1 to Read Without Ads
READ MORE IN:
Manmohan Singh National
Next Story : Monsoon To Be Better Than Expected, Says IMD in Its Revised Forecast
Download the Outlook ​Magazines App. Six magazines, wherever you go! Play Store and App Store