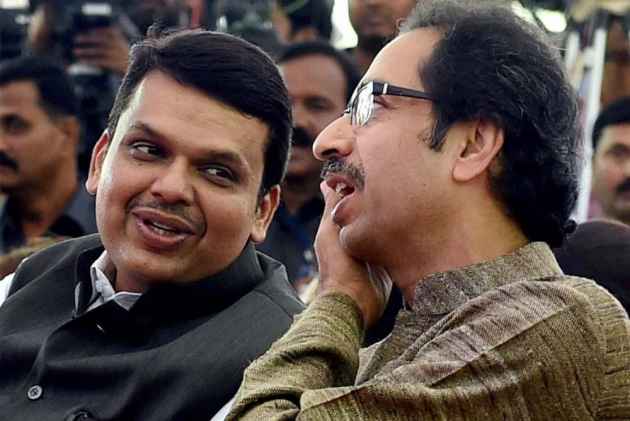 Shiv Sena Minister Subhash Desai,  who has been accused by the opposition of graft and violating norms while allegedly denotifying lands acquired by state-run MIDC in Nashik, today offered to resign, but Maharashtra Chief Minister Devendra Fadnavis turned down his request.

The development comes a day after Fadnavis announced a probe by Lokayukta against Housing Minister Prakash Mehta, who has been accused by the opposition of impropriety in a slum redevelopment project here. He belongs to the BJP.

On allegations against Desai, Fadnavis had yesterday said the government will request the Lokayukta to consider the case and if that does not work out, an independent probe would be conducted.

The 75-year-old Sena veteran, who holds the industries portfolio, said he met Fadnavis and offered to quit the state cabinet, but his request was rejected by the chief minister.

"The chief minister said let there be an independent inquiry and until the result is out for everyone to see, I should continue performing my duty," he said.

Desai said he has decided to co-operate with whatever inquiry is instituted and accept its result.

"I met Uddhavji (Sena chief Uddhav Thackeray) last evening and apprised him of my decision to resign. Uddhavji then spoke to the chief minister and both of them jointly decided that my resignation would not be accepted," he said.

Thackeray, speaking to reporters today, backed Desai and said those (in opposition) levelling allegations are themselves "stuck knee deep" in corruption.

"It is dangerous that they (the opposition parties) are not ashamed of what they have done (in the past). Levelling baseless allegations and asking for resignations will dent the image of the state," Thackeray said.

"The chief minister has promised a fair probe. We hope the truth comes out soon. The party stands firmly behind Desai," he added.

Leader of Opposition in the Legislative Council Dhananjay Munde of the NCP said by not accepting Desai's resignation, Fadnavis has discreetly saved Mehta, who is also accused of corruption.

"The ministers accused of corruption have no moral right to keep occupying their chairs. Unless they are removed, a fair probe cannot happen. Even if the CM is backing them, we will continue our fight against the corrupt ministers and the government," Munde said.

Congress spokesperson Sachin Sawant said Fadnavis has proved he is a "political opportunist" and has no firm stand against corruption.

"The chief minister had immediately accepted the resignation of (then minister) Eknath Khadse (last year) but refused to do so now. This shows he is an opportunist who will only do what suits his politics," Sawant said.

Khadse, a BJP leader, had last year resigned after facing allegations of committing impropriety in a land deal in Pune.