Govt Will Take Over 449 Schools Only if They Fail to Return Extra Fees, Says Delhi CM Arvind Kejriwal 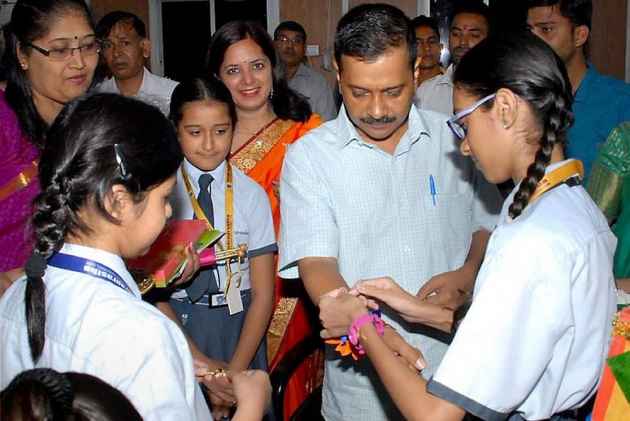 Print
A
A
A
increase text size
Outlook August 18, 2017 15:53 IST Govt Will Take Over 449 Schools Only if They Fail to Return Extra Fees, Says Delhi CM Arvind Kejriwal

The Delhi government will take over around 449 private schools, which have been served show cause notices over charging extra fee, only as a "last resort" if they do not roll back their decision, Chief Minister Arvind Kejriwal said today.

Addressing a press conference, his first in nearly four months, Kejriwal said the government does not intend to "interfere", but will surely "discipline" the schools, if needed.

The schools are among the ones identified by a committee headed by Justice Anil Dev Singh as having overcharged parents on the pretext of implementing recommendations of the Sixth Pay Commission.

Deputy Chief Minister Manish Sisodia, who was also present, said the show cause notices were served four days ago with a deadline to respond within two weeks.

"The schools will not be allowed to loot students like they used to do under previous governments due to political collusion.

"Some of them are doing good work. But if they don't implement the recommendations of the panel's report then we will take them over as a last resort," Kejriwal said.

The panel, formed last year, had scrutinised a total of 1,108 private unaided schools.

Kejriwal said among the schools that have not rolled back the fee hike, one had a surplus of Rs 15 crore while another had Rs 5 crore surplus.

"I hope we don't have to take over. Today, we intend to send out a message to the managements of those schools to implement the recommendations," Kejriwal said.

Sisodia said the government was keeping a watch on everything and will verify cases where schools have claimed to have returned fees.