Govt Should Clarify After US Criticism on Growth Data: Yashwant Sinha 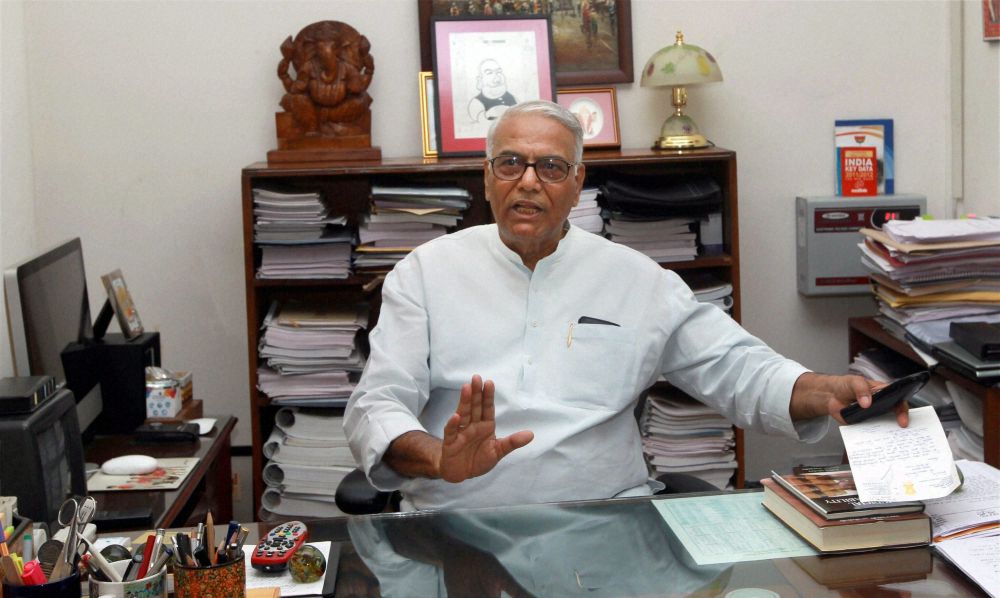 Print
A
A
A
increase text size
Outlook July 11, 2016 17:01 IST Govt Should Clarify After US Criticism on Growth Data: Yashwant Sinha

BJP leader Yashwant Sinha today joined skeptics saying the 7.6 per cent growth rate for 2015- 16 may have been "inflated" due to "discrepancies" which if removed would bring it down "drastically".

He said the discrepancy figure of a whopping Rs 1,40,000 crore in 2015-16 that went into the calculations for the GDP may have inflated the growth rate. The figure stood at only Rs 30,000 crore a year ago, he noted.

"If the discrepancies are removed, then the growth rate falls down drastically," said Sinha, who takes frequent potshots at the government.

The former finance minister demanded that the government issue a clarification following the US State Department's observation that the growth may be overstated.

He also noted there has been domestic criticism of the growth figures as well.

"The government should clarify the situation not because I care for what the US has said but because there has been domestic criticism of it from certain quarters too," the senior BJP leader, who has often faulted the Modi government over its economic and foreign policies, told PTI.

Even if domestic criticism is ignored, the government should now come out with a clarification after India's "best friend"--the US--has also sounded unconvinced, he said in an apparent jibe at the Modi government.

The NDA government has changed the criteria by which growth figures are evaluated and it has resulted in sharp upward revision of previous growth rates.

He also wondered if the Department of Statistics, which puts out the figures, was fully equipped to deal with the changes.

Sinha said when he chaired the standing committee on finance during the previous Lok Sabha, he found the department making many "bloopers" in its report.

The former finance minister questioned whether the statistics put out by it can be trusted.

A report produced by the Bureau of Economic and Business Affairs of the State Department said that India's 7.5 per cent growth rate may be "overstated" and the Narendra Modi government has been "slow" to match its "rhetoric" in economic reforms.

"Ostensibly, India is one of the fastest growing countries in the world, but this depressed investor sentiment suggests the approximately 7.5 per cent growth rate may be overstated," the report titled "Investment Climate Statements for 2016" said.