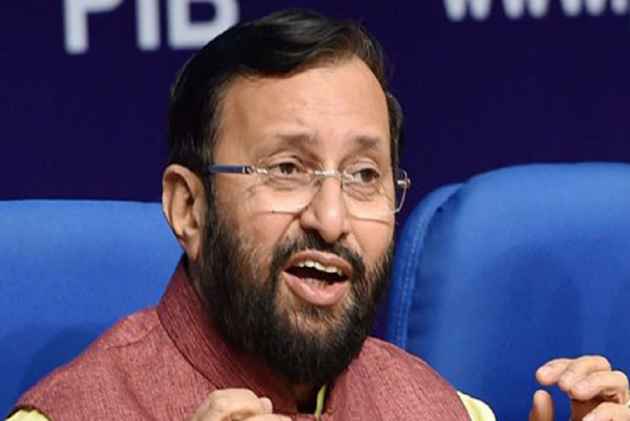 Responding to the issue raised by Derek O'Brien (TMC) during the Zero Hour, the Minister said the government respected Tagore and all others who had contributed to the freedom and literature of the country.

"We hail everybody and nothing will be removed," he said.

Javadekar said for NCERT books, teachers and others have been asked to give suggestions to correct or remove "any factual errors" in textbooks.

Naresh Agarwal (SP) said the Nyas has also suggested the removal of Urdu words and Mirza Ghalib from the textbooks.

As many as 7000 suggestions have been received, Javadekar said. "We will not do anything which will create some problem."

Raising the issue, O'Brien said the HRD Ministry had called for suggestions and one of the suggestions from RSS- affiliated Shiksha Sanskriti Utthan Nyas was to remove Tagore's works and references from the syllabus.

"Rabindranath Tagore does not need a certificate from anybody," he said and asked the minister to disassociate from the Nyas.

After the minister's statement, O'Brien walked up to Javedekar to present to him three books on Tagore for his reading.

During the Zero Hour, D Raja (CPI) raised the issue of thousands of college and university teachers staging a demonstration in the national capital to protest the government "apathy" regarding the education sector.

UGC and AICTE are under a cloud of uncertainty and there are fears of they are being dismantled and replaced, he said, adding this was an attempt to "bureaucratise, centralise and commercialise education".

He demanded an increase in te budget allocation to education to 10-15 per cent of the GDP.

Javedkar said his ministry was engaged with the teachers.

"We are not dismantling anything," he said. "We are reforming the regulator and giving more autonomy to the institutions."

Continue FREE with Ads Pay Rs. 1 to Read Without Ads
READ MORE IN:
Prakash Javadekar National
Next Story : Restrictions Imposed in Parts of Srinagar Ahead of Separatists' Strike
Download the Outlook ​Magazines App. Six magazines, wherever you go! Play Store and App Store