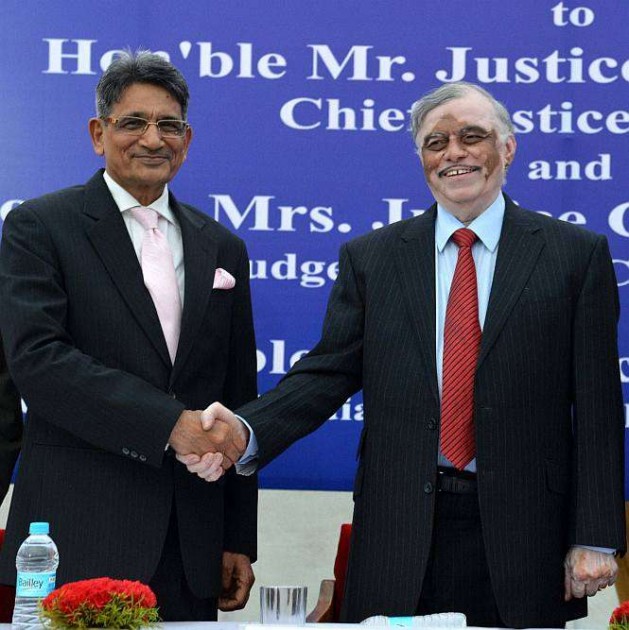 Chief Justice of India R M Lodha today took exception to the government's handling of the recommendation for appointment of senior lawyer Gopal Subramanium as judge of the Supreme Court saying it was not proper for the executive to unilaterally segregate his name from three others who were appointed to the top court.

Lodha, who was travelling abroad when the segregation of Subramanium's name from those of others took place, went public this evening with his objection to the executives unilateral action.

"I fail to understand how the appointment to a high constitutional post has been dealt with in a casual manner. The segregation of Gopal Subramanium's file was done unilaterally without my knowledge and concurrence which was not proper," he said here at a function here breaking his silence on the controversy that struck the new government within a month of its coming to power.

The Supreme Court collegium headed by the Chief Justice of India had recommended names of four eminent persons as judges of the apex court but the government cleared the names of Chief Justices of Calcutta and Orissa High Courts, Arun Mishra and Adarsh Kumar Goyal respectively, and lawyer Rohinton Nariman, leaving out the former Solicitor General.

"I promise 1.2 billion people of India that independence of judiciary will not be compromised," he said.

He was speaking at a function to bid farewell to Justice B S Chauhan who demitted office on attaining the age of superannuation.

Justice Lodha also expressed his disappointment over Subramanium going public with his grievances when he was abroad.

"I was shocked and disappointed that Gopal Subramanium went public with his letter to the media," he said.

The CJI disclosed that when the senior advocate talked to him over telephone when he was abroad on media reports that his name has been returned by the government. He was told to wait so that the two can meet after the CJI's return but before that he had gone public, Justice Lodha said.

"I came back on June 28 and had a meeting with Subramanium asking him to reconsider (his decision to withdraw consent for being appointed as judge)," he said.

He (subramanium) replied the next day with a six-line letter expressing his decision (withdrawal of his consent) that he cannot go back on it. Again after a few days when the Chief Justice talked to him once more, Subramanium reiterated his decision, Justice Lodha said.

"On June 29 when he wrote a letter reiterating his position, I was left with no choice but to recall the proposal (recommending Subramanium's name for appointment as judge)," the Chief Justice said.

After Subramanium went public with his decision to withdraw consent, government made no public comments but Law Ministry sources had said the government had no doubts over his competence while there were issues of his "suitability" for the post.