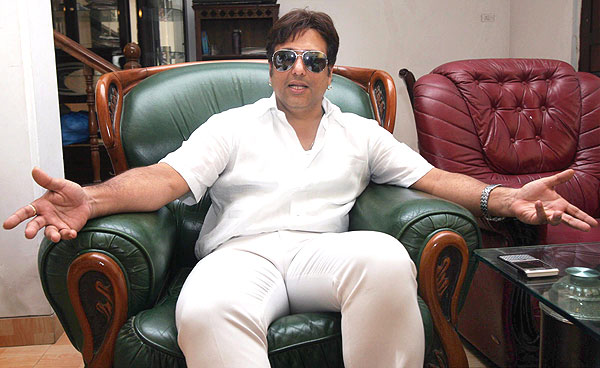 Govinda, however, denied the claim and asked Naik not to damage his image and film career.

Naik has made the claim in his memoir 'Chaireveti, Chaireveti' (Keep Moving) written in Marathi, which was released here recently.

Naik claimed Govinda was a "friend of Dawood and also Hitendra Thakur, who aided him in terrorising voters" to defeat him in the 2004 Lok Sabha elections from Mumbai North constituency.

The senior BJP leader and former Union Minister also said he found it difficult to come to terms with his defeat by just 11,000 votes.

"I have no hesitation in bringing this on record that Govinda had contacts with dons like Dawood and Hiten Thakur, who later became an MLA. He used their muscle power to poll votes against me and in his favour," Naik said.

Refuting Naik's allegation, Govinda said it was the people who ensured his victory.

"Does Ram Naik mean that the people of the constituency were sold into the hands of the underworld? Please do not insult anyone by saying such things," the 52-year-old actor said and urged Naik not to damage his image and "create hurdles in his film career."