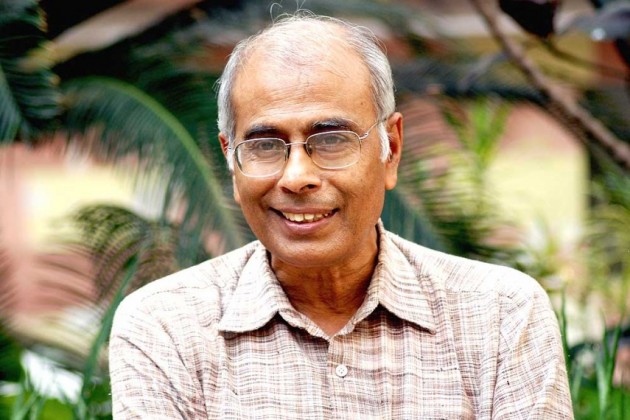 The SIT probing the Govind Pansare murder case has filed a supplementary charge sheet against Sanatan Sanstha member Virendra Tawde at a court in Kolhapur.

The over 400-page supplementary chargesheet was filed in Kolhapur sessions court yesterday.

Tawde, earlier arrested by CBI in the Narendra Dabholkar murder case, was in September taken into custody by Kolhapur police in connection with the murder of CPI leader and rationalist Govind Pansare.

Tawde is the second accused named in Pansare murder case by the state Special Investigation Team.

The SIT had already filed a charge sheet against Sameer Gaikwad, another member of Sanatan Sanstha, in the Pansare murder case.

However, he refused to divulge any information on the charges levelled against Tawde.

"I can only confirm that the charge sheet of over 430 pages has been submitted in the court," he said.

However, police sources said that charges against Tawde are likely to be similar to the ones under which Sameer Gaikwad has been charged.

Tawde was first arrested by the CBI in the Dabholkar case in June this year from Panvel and later the state SIT arrested him on September 2 this year in the Pansare case.

Gaikwad was arrested in September last year in the Pansare murder case.

Tawde had worked as an organiser for the conservative Hindu outfit Sanatan Sanstha in Kolhapur for some time, and therefore he came under the scanner of state police SIT probing the Pansare murder case, police had earlier said.

Pansare, known for his rationalist views, was shot dead in Kolhapur on February 20, 2015. His wife too was injured in the attack.

Dabholkar, a noted anti-superstition activist and rationalist, was murdered in Pune on August 20, 2013.

Continue FREE with Ads Pay Rs. 1 to Read Without Ads
READ MORE IN:
Society
Next Story : India To Invest $20 Bn In Gas Fields In Next 5-7 Yrs: Pradhan
Download the Outlook ​Magazines App. Six magazines, wherever you go! Play Store and App Store