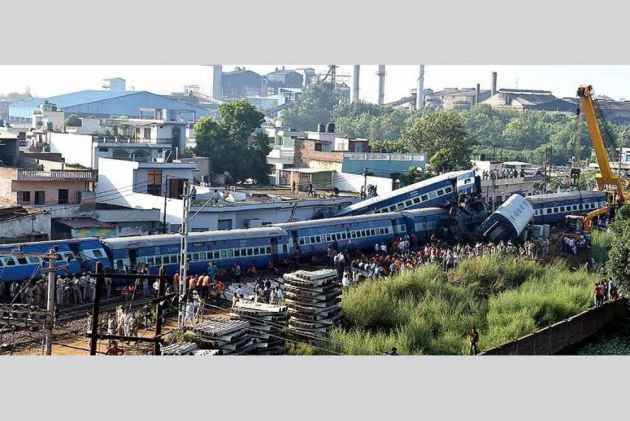 The Government Railway Police has begun its investigation into the derailment of Kalinga Utkal Express with its personnel visiting the accident site and recording statements of locals in Khatauli, an official said today.

Investigating officer (IO) of the GRP, Deputy Superintendent of Police Randhir Singh yesterday met shopkeepers, house owners and others for their account of the what had happened on the evening of August 19.

"We will file our report against those found guilty for the derailment as soon as we will finish our probe," Singh said.

Thirteen bogies of the train derailed on Saturday in Khatauli near here, killing 22 people and injuring 156, 26 grievously.

The GRP had registered a case of death by rash and negligent act in connection with Utkal Express train accident under relevant sections of the Indian Penal Code and The Railway Act.

The Commissioner of Rail Safety has summoned the station superintendent of Khatauli railway station Prakash Singh and 12 railway gangmen who were on duty when the train derailed.

"We have been called to Delhi to record our statements in connection with the enquiry being carried out by the CRS," the station superintendent said.