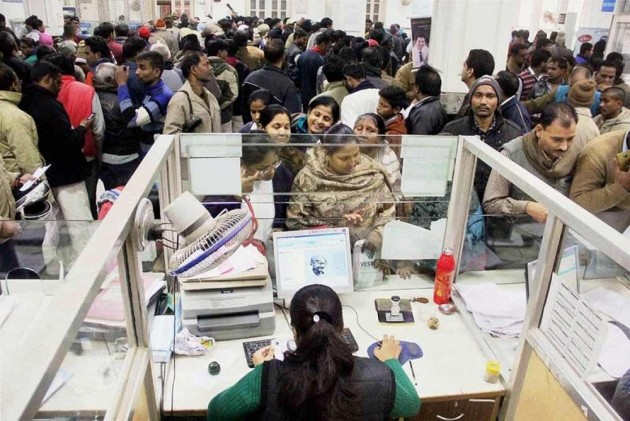 The Centre today decided to bring in an ordinance to amend the Payment of Wages Act for allowing business and industrial establishments to pay salaries through cheques or electronically.

"The Union Cabinet today approved the ordinance route to amend the Payment of Wages Act, 1936, to allow employers of certain industries to make payment through the electronic mode and cheques," a source said.

Employers will also have the option to pay wages in cash, the source added.

As per practice, the government introduces ordinance to amend laws for immediate implementation of new rules. An ordinance is valid for six months only. The government is required to get it passed in Parliament within that period.

The Payment of Wages (Amendment) Bill, 2016, seeks to amend Section 6 of the principal Act to enable employers to pay wages to employees through cheques or by crediting it to their bank accounts electronically.

The Bill was introduced by Labour Minister Bandaru Dattatreya amid din over the demonetisation issue.

It will also allow state governments to specify industrial or other establishments that adopt cashless way for salary payments.

The new procedure will serve the objective of "digital and less-cash economy", the Bill stated.

The Act had come into force on April 23, 1936, providing for payment of wages in coin or currency notes, or in both. The provision for payment of wages by cheque or crediting it into bank account after obtaining the requisite authorisation of employee was inserted in 1975.

At present, the Act covers all those employees in certain categories of establishments whose wage does not exceed Rs 18,000 per month.

The Centre can make rules regarding payment of wages in relation to railways, air transport services, mines, oil fields and its establishments while states take a call on all other cases.

By making state-level amendments to the Act, Andhra Pradesh, Uttarakhand, Punjab, Kerala and Haryana have already made provisions for payment of wages through cheque and electronic transfer.

At present, with the written authorisation of an employee, wages can be given through cheque or transferred to his or her bank account

Continue FREE with Ads Pay Rs. 1 to Read Without Ads
READ MORE IN:
National
Next Story : Uber Attempts To Dominate The Market In Brazil While Taxis Push To Ban The App
Download the Outlook ​Magazines App. Six magazines, wherever you go! Play Store and App Store