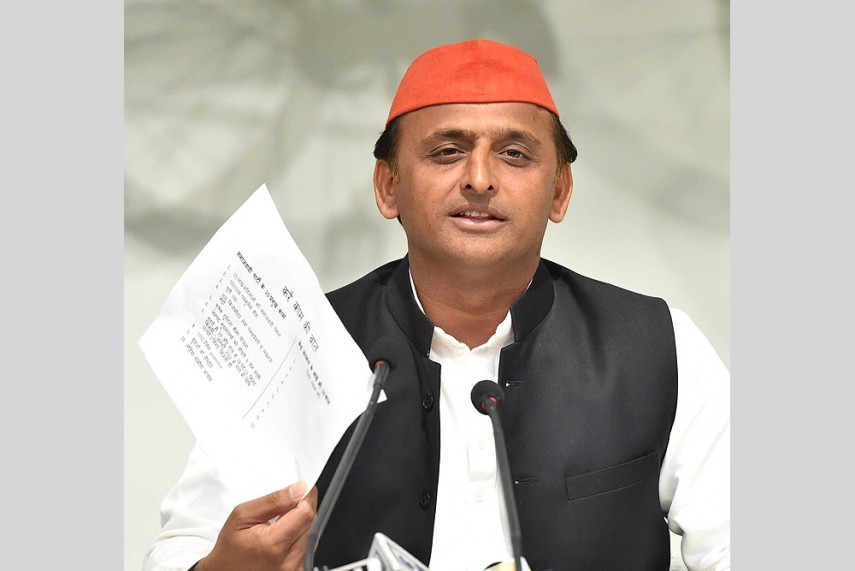 Former Uttar Pradesh chief minister Akhilesh Yadav on Monday visited the family of victims who died in Gorakhpur's Baba Raghav Das Medical College, and said that the state government must reveal the real reason behind the tragedy as the current investigation cannot be trusted.

"The government must reveal the real reason behind this tragic incident. We do not trust the current investigation going on. We want a proper probe in this case. The government must assure that such incidents won't happen again in future. We do not want to do any politics on this. We want justice for these families who lost their kids," he told the media.

Earlier in the day, the Supreme Court refused to take suo motu cognizance of Gorakhpur tragedy.

The plea was filed by petitioner Rajeshwar Reddy, who has sought for a Special Investigation Team (SIT) probe into the matter.

A bench of the Apex Court, headed by Chief Justice of India Jagdish Singh Khehar refused to interfere in this regard and has asked him to approach the High Court.

Chief Justice of India (CJI), Jagdish Singh Khehar while hearing the plea, observed that Uttar Pradesh Chief Minister is personally taking interest and had also visited the patients in the hospital.

Meanwhile, the National Human Rights Commission (NHRC) has issued a notice to the Uttar Pradesh Government and sought a detailed report in the matter of deaths of more than 70 children in the hospital.

The Commission has also asked the government for the steps taken for relief and rehabilitation of the affected families as well as action taken against the guilty officers within four weeks.

The notice comes after the Commission took suo motu cognizance of several media reports hinting at negligence in the supply of liquid oxygen at the hospital which resulted in the tragedy.

According to the press release, the Commission has observed that reported deaths, in such a large number in a government hospital, amounts to various serious violation of Right to Life and Health of the innocent victims.

On Saturday, Uttar Pradesh Chief Minister Yogi Adityanath said that a magisterial inquiry has been ordered and a committee has been formed to look into the Gorakhpur tragedy.

"Nobody can be more sensitive towards those children than me. Prime Minister is very concerned and he assured complete assistance from the Centre.