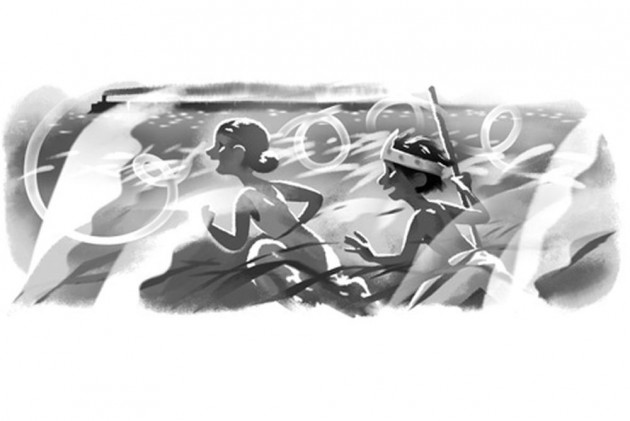 Legendary filmmaker Satyajit Ray was today honoured on his 92nd birthday by popular search engine Google by presenting a doodle showing a scene from his iconic movie Pather Panchali.

The doodle showed a famous scene from the movie where Apu, the protagonist, runs along with his sister Durga across the Kash-reed fields to watch a train go by.

Pather Panchali was Ray's first film which based on the novel by Bengali writer Bibhutibhushan Bandopadhyay. It was released in 1955 and went on to receive several international accolades including the Best Human Document at the Cannes Film Festival.

Ray, who directed 36 films, including documentaries and short films, was born on this day and was considered one of the greatest filmmakers of his time.

Ray's grandfather was Upendra Kishor Ray Chaudhari, one of the founding members of the Bramha Samaj and his father was renowned Bengali poet who pioneered the use of non-sense verses in any Indian language, Sukumar Ray.

Ray won the Oscar award in 1992 for his contribution to the world of filmmaking.