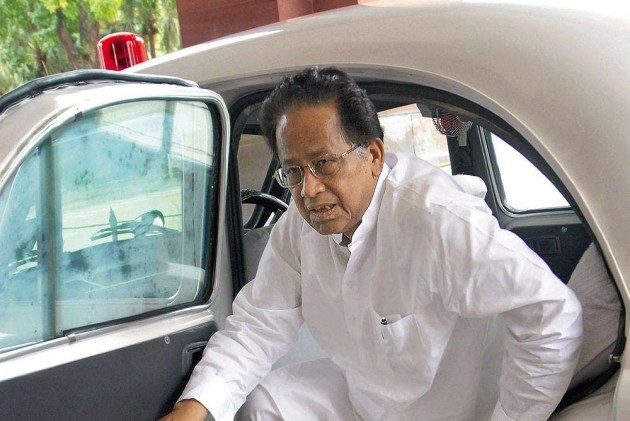 "I agree totally with Shourie that the current PMO is the weakest in the country and Prime Minister Narendra Modi has lost control over the running of the country," Gogoi told reporters here today.

In a sharp attack on the Narendra Modi regime, BJP leader Shourie, a minister in the Vajpayee government, had said at a book launch yesterday that "there was never a weaker PMO as now and there had never been as great centralisation of functions, if not power, in the PMO as now."

Chief Minister Gogoi further alleged that the recent Dadri incident in which one person was lynched for allegedly eating beef also clearly showed the level of intolerance the country had reached under PM Modi.

"As the Prime Minister, he should have immediately condemned the incident in unequivocal terms and should have sent a strong message that such forces would be dealt with sternly. He, however, opened his mouth only after two weeks," Gogoi said.

Earlier, when Modi was campaigning to come to power at the Centre, he was so "vocal and spoke so decisively on all issues but what has happened now? Why does he keep quiet now and does not take necessary steps to deal with such serious situations facing the country?" Gogoi wondered.

The chief minister also accused the PM of failing to bring about development in the country and dubbed his schemes like Jan Dhan Yojana, Swachh Bharat, Digital India, Act East Policy as "much hyped but actually a farce".

Referring to the Jan Dhan Yojana, Gogoi expressed surprise over how just opening accounts for people could be of help when there was no creation of jobs and people were unable to deposit money in their accounts.

"Will Swach Bharat solve all his problems. I agree that it is important but what youths and the nation need is development which will lead to creation of jobs. Where is that?" he asked.

"Modi talks about Digital India but what has he done about it? The rate of call drops is the highest now. Besides, Digital India had begun a long time ago. In Assam alone, it had started in 2010," Gogoi claimed.

Regarding the "Act East Policy", the chief minister wanted to know "how they can enact Look or Act East by suspending the special category status to Assam and other states of the region and denying what is due to them?"

The Chief Minister said, Modi talked a lot about bringing back black money to the country but "where is the money? When will they bring it back?"

"He has forgotten all promises made before the polls. Those were mere slogans and he has failed to translate them into reality," Gogoi said.