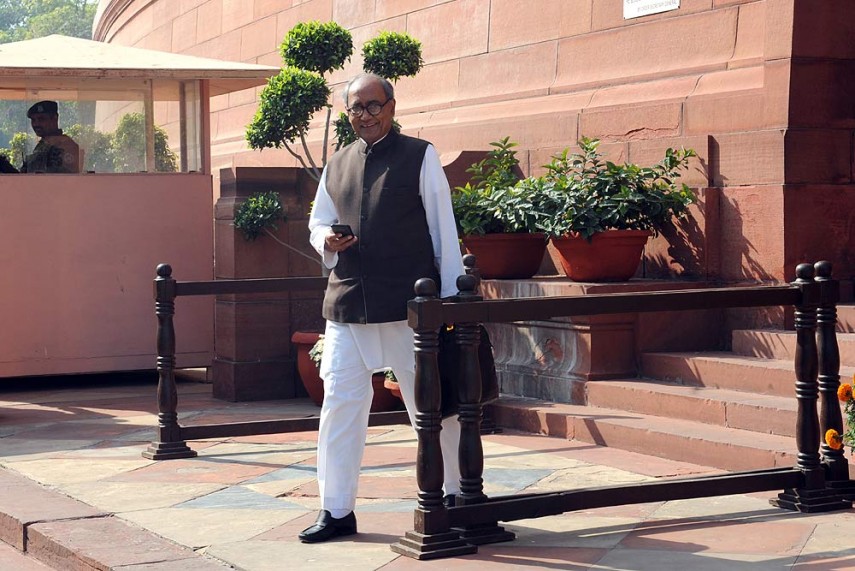 The Congress today alleged that Goa Governor Mridula Sinha did not invite it to form government in the state despite the party giving her a letter on Sunday seeking appointment to stake the claim.

"We wanted to stake the claim on March 12 itself. We had given her the letter on that day itself but still she (Governor) did not give us an appointment," AICC General Secretary Digvijaya Singh told reporters here, after chairing a meeting of the Goa Congress Legislature Party.

The party MLAs would be meeting the Governor this afternoon again with the claim that it has numbers to form the government.

"Despite established principle and constitution, the Governor did not call us to form government but gave a chance to the second largest party (BJP)," Singh alleged.

Sinha has already invited the BJP-led alliance led by Manohar Parrikar to form the government and the swearing-in is scheduled this evening.

In the 40-member House, the Congress has 17 seats followed by BJP which has 13. The Goa Forward Party and the Maharashtrawadi Gomantak Party (MGP) have three seats each, the NCP has one seat and there are three independents.

"We will inform the Governor that we have the required number of legislators to form the government. If we are allowed, we can prove our majority on the floor of the House," CLP leader Chandrakant Kavlekar said after the meeting.

The Congress last night made a representation to the Governor asking her to invite the party to form the government in the coastal state.

The CLP claims that the party has the support of required number of legislators and is in a position to prove its majority on the floor of the House.

"Our political opponents (BJP) despite losing the mandate of the people have tried to misrepresent to your good-self that they enjoy the majority support of legislators. This is not only opportunism at its lowest but is also not constitutionally permissible," Kavlekar had said.

"Any post-poll alliance of the kind being projected by the BJP to seek the first invitation to form the government would defeat the people's mandate which has categorically rejected the incumbent government of the BJP," read the representation.