G.K. Vasan Quits Cong, to Float His Own Party 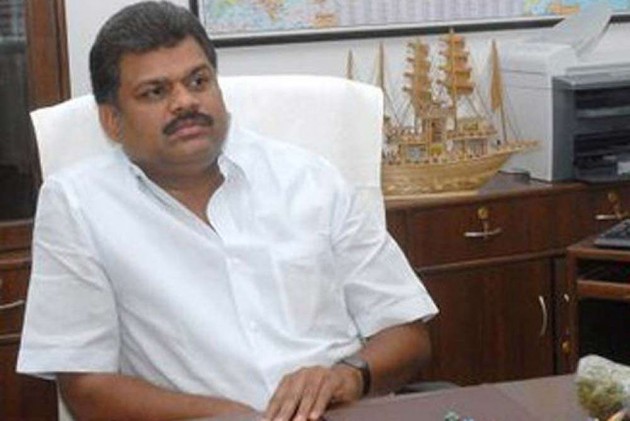 The already enfeebled Congress today suffered a split in Tamil Nadu with one of its top leaders G K Vasan quitting the party and planning to start a new outfit.

Hitting back, the Congress leadership expelled him from the party for his inappropriate comments against it.

Angry over the way the Congress leadership handled the affairs of the state unit and allegedly ignored the merit of leaders, Vasan, son of late Congress leader late G K Moopanar, said he was quitting the party and would soon float a new party.

"We have taken this decision after getting the feedback of lakhs of Congress cadres in Tamil Nadu and also leaders of Congress party in Tamil Nadu. We have sent in our resignations," he announced at a press conference here.

The development marks a full circle 18 years after his father broke from the Congress and formed the Tamil Maanila Congress which tied up with the DMK to sweep the Assembly and Parliament elections in 1996. Later the party merged with Congress in 2002.

Avoiding any criticism of Congress President Sonia Gandhi and her deputy Raghul Gandhi, Vasan squarely blamed others entrusted with party affairs in the state. The approach of AICC in Tamil Nadu was not satisfactory in achieving its goal of bringing party rule in Tamil Nadu, he said.

Reacting to Vasan's decision and his attack on the leadership, Congress spokesperson Ajoy Kumar announced his expulsion from the party. He said the party took the decision on the basis of inappropriate comments he made about it and the leadership.

Vasan, however, did not refer to Mukul Wasnik, in-charge of Tamil Nadu, and former Union minister P Chidambaram, with whom he had differences on party affairs.

"We want to lead, be the number one regional party and an alternative political party to Tamil Nadu people and we feel we can fulfil the vision of the late Kamaraj. We are going in the right direction," he said highlighting the principles of the new party.

Defending his decision to severe his 12-year-long association with Congress, which was anticipated after he had dropped ample hints to this effect last week, Vasan said, "We are on a new path. Youth in Tamil Nadu are looking for a new political culture. We are confident of fulfilling it".

Flanked by former state unit president B S Gnanadesikan, who quit the post last week, Vasan charged that the Congress High Command did not give the Tamil Nadu unit the due importance it deserved, particularly in the aftermath of its worst debacle in the Lok Sabha elections.

He said the name and symbol of his outfit would be disclosed at a meet to be held in Tiruchi shortly.

Vasan said he would work towards regaining the vote bank of the Congress in Tamil Nadu, which he says is more than 10 per cent.

Moopanar, who opposed Congress forging electoral truck with AIADMK, had resigned from the party and formed his own outfit Tamil Maanila Congress (TMC) in 1996.

However, after Moopanar's death TMC merged with Congress in 2002.

Party sources indicated "some glitches" in christening the new outfit again in the name of erstwhile Tamil Maanila Congress (TMC).

While Vasan was making public his decision, newly-appointed TNCC president E V K S Elangovan appealed to him to stay back "as the party was facing troubled times," to which the latter said "thanks."

Dumped by DMK, Congress was routed in the recent Lok Sabha polls in Tamil Nadu, scoring a blank in all 39 seats.