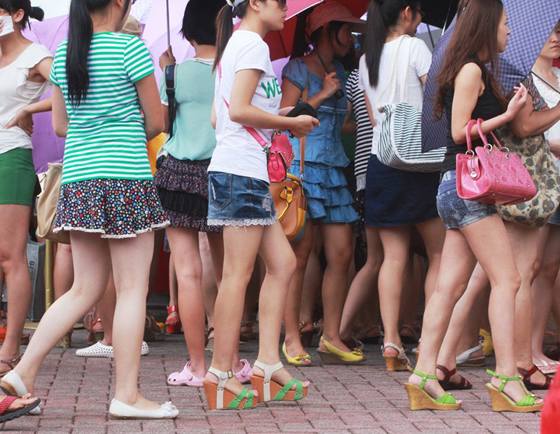 A senior minister in the Manohar Parrikar-led BJP government in Goa has echoed controversial Sriram Sene chief Pramod Muthalik saying that the practice of young girls visiting pubs in short dresses is against local culture and should be stopped.

"The (practice of) young girls going to pubs in short dresses does not fit in our culture. What will happen to our Goan culture, if we allow this? The scantily dressed girls visiting pubs project wrong culture and this should be stopped," said state PWD Minister Sudin Dhavalikar.

The minister said, "Whatever Muthalik is saying is not wrong. He is not speaking against any religion. Everyone has a right to speak about his own religion."

The Sri Ram Sene activists had attacked girls and men in a pub in Mangalore in 2009, claiming the women were violating traditional Indian values.

Muthalik's induction in BJP ahead of recent Lok Sabha elections was cancelled after a hue and cry was generated apparently over his anti-modernity image.

Dhavlikar said, "Muthalik is against pub culture and he is right in opposing it. Dhavlikar also ruled out banning Muthalik from opening branch of his outfit in Goa as demanded by Congress, saying "You cannot ban anybody going anywhere. I can go anywhere in India."

"There are a number of NGOs operating in Goa and Sri Ram Sene would be yet another NGO in the State. However, we will not tolerate any attempt to create any law and order problem in the state," the minister said.

"Sri Ram Sene is like Shiv Sena of yesteryears which was doing similar things," he said while referring to Sena's agenda of the past in which the saffron party would oppose celebration of Valentine Day by calling it as a cultural invasion.