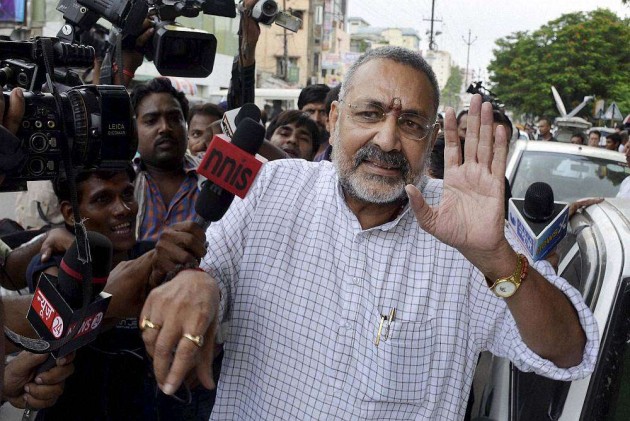 The party said that the expansion was "far more" of caste, geography and less on merit.

Singh's inclusion in the government is a "crisp slap by Modi to secularism and inclusion", Congress spokesperson Abhishek Manu Singhvi said.

Priyanka Chaturvedi, a Congress leader and panelist tweeted, "Am certain the way things are going Giriraj Singh will take charge as MoS MEA, to facilitate all Modi haters to move to Pakistan. Strategic."

Singh had earlier this year made a controversial statement that those opposing Modi should go to Pakistan for which he was also pulled up by the party leadership.

Congress leader Digvijay Singh tweeted, "Why so much excitement about Cabinet Expansion? Modi doesn't require a Cabinet. His is a ONE MAN CABINET ! Ask Rajnath Ji and Gadkari Ji!"