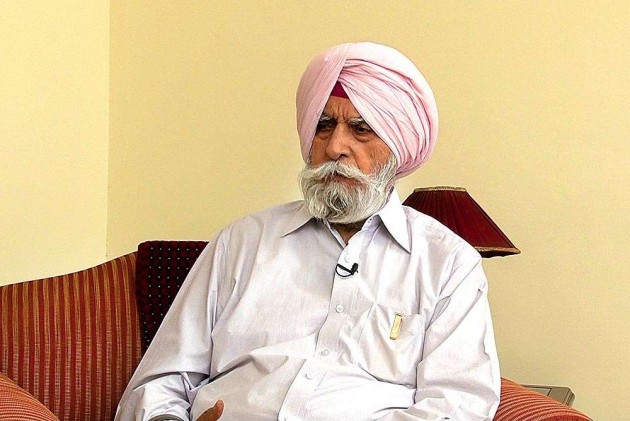 Seeking to put further pressure on Arun Jaitley, banned IHF president KPS Gill today urged the the Delhi government to probe the Union Finance Minister's "conflict of interest" in the national hockey body, an allegation which was outrightly rejected by Hockey India.

Former top cop, Gill, who is the chief of banned Indian Hockey Federation, has written to Delhi Chief Minister Arvind Kejriwal, alleging that Jaitley had appointed his daughter Sonali as the counsel for Hockey India (HI) when he was a member of the advisory board of Hockey India League.

Batra said it was just a "creation" by the banned IHF chief to settle scores with him.

Batra admitted that Jaitley's daughter Sonali fought one of the the many cases for HI for a very brief period but just as a professional and it was unfair to attach any motives.

"The time that KPS Gill is talking about, we had a number of cases to fight. To be precise we had 22 cases to fight in that period in different places of the country, so we had to hire a lot of lawyers and lot of law firms. Jaitley and Bakshi firm was one of them. The money that went to them was hardly 2 per cent. So I don't know where the conflict of interest comes from," Batra told reporters.

"I just can't give my cases to anybody. I have to hire some body who is a professional and whom I know. All my dealings and balance sheet is on the HI website," he added.

"It's all Gill saab's creation. I dont know what Gill has against me. I am not worried, we come under the RTI," he asserted.

It is a fresh attack on Jaitley who has been accused by AAP, Congress and BJP MP Kirti Azad of "shielding corruption" when he was the president of Delhi and District Cricket Association (DDCA).

Gill's allegations came a day after the Delhi Assembly yesterday passed a resolution to set up a Commission of Inquiry over the alleged irregularities in the Delhi and District Cricket Association (DDCA).

"Yes, Mr. Gill has written to Delhi Chief Minister urging him to investigate Mr. Jaitley's confilct of interest in HI . As HI is registered under Registrar of Societies, Delhi, the Delhi government has every right to investigate into the complaint," Mathur told PTI when contacted.

Jaitley has earlier sued six people including Delhi Chief Minister Arvind Kejriwal for Rs 10 crore in a defamation suit for their comments that DDCA had seen corruption when it was under Jaitley.

The suit, however, did not include BJP MP Azad who has been at the forefront of allegations of corru