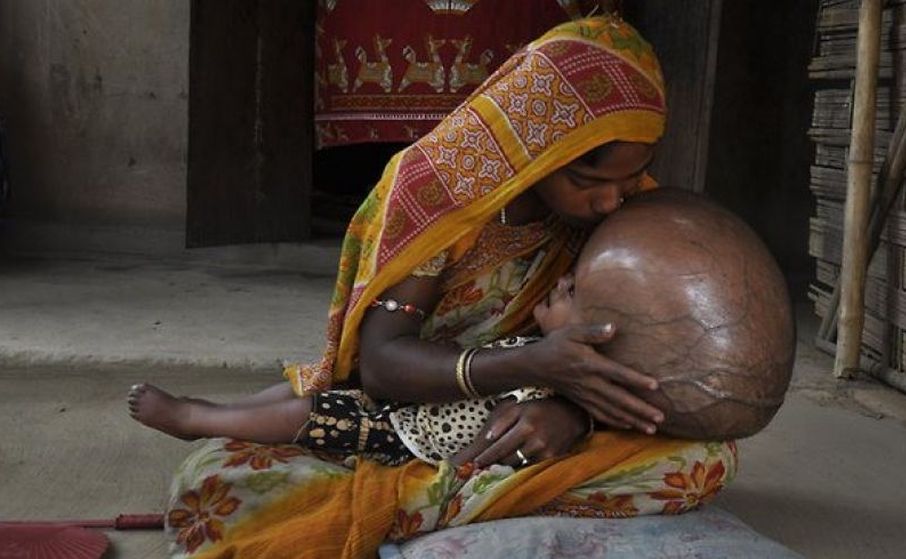 Print
A
A
A
increase text size
Outlook June 20, 2017 20:45 IST ‘Giant Head’ Baby Roona Begum Of Tripura Passes Away Days Before Her Surgery

Tripura-born Roona Begum, who made headlines around the world after her head swelled up to 94 centimetres (circumference) due to hydrocephalus (water on the brain), passed away on Sunday in her home.

She was five-and-a-half years old and was supposed to go for another surgery next month.

After eight surgeries at Gurgaon-based Fortis Memorial Research Institute (FMRI), which has been treating her free of cost since 2013, the child could communicate in mono syllables with her parents.

The doctors assured that she will become a normal kid, but the dream to see their daughter go to school did not materialize for daily wager father Abdul Rahman and homemaker mother Fatima Khatun.

"She had little breathing problem but before the child could be shifted to any other hospital for treatment, she was no more," said Khatun.

Only a month back they had gone for Roona's last check-up and in the coming month they were supposed to go again hoping for another miracle.

Rahman said, "Roona's condition was very bad initially but after five surgeries at Delhi's Fortis hospital there was improvement in her condition. Again, during the second visit more surgeries were conducted and there was further improvement but she could not walk, eat anything on her own or speak but the size of her head reduced. Yesterday, she had her food and I went for my work. At around 8 in the evening her mother called me that Roona has some complication and I rushed back and called her but within few minutes she breathed her last."

Nathalie Krantz from Norway along with Jonas Borchgrevink had spearheaded a social campaign via website MyGoodAct to raise fund for Roona in 2013. They collected $62,000 approximately for Roona's treatment.

Though not an uncommon disorder, Roona's case has been one of the rarest since children with this disorder die before being treated.