India should also accept Kashmir problem as a dispute, the chairman of the hardline faction of Hurriyat Conference said in a statement here.

For resolution of the lingering problem, "India needs to accept Kashmir as a dispute, release all 1500 political prisoners, including Hurriyat leaders, and withdraw troops," he said.

Political leaders continue to "languish" in jails even as authorities here are portraying Prime Minister's upcoming visit as part of political process, the Hurriyat hawk said.

Geelani, who had given a call for shutdown during the visit, asked the concerned parties to act in accordance with ground realities in Kashmir.

The Prime Minister is scheduled to undertake a two-day visit to Kashmir valley, beginning June seven.

On May 24, he told a press conference in Delhi that he is ready to hold talks with all groups outside the political mainstream in Jammu and Kashmir provided they shun violence. 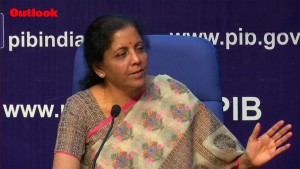