Geelani Declares He is 'Indian' for Passport, Calls It 'Compulsion' 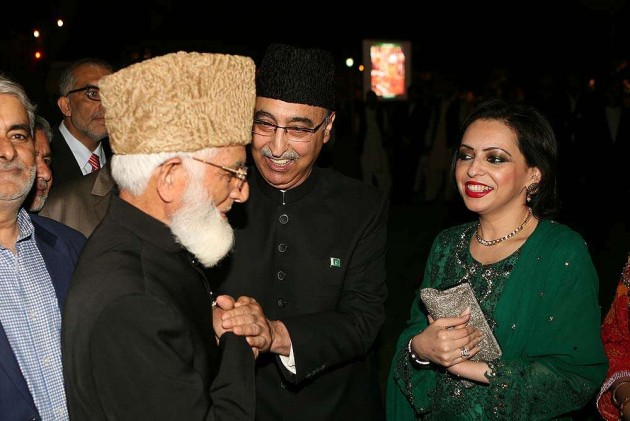 Print
A
A
A
increase text size
Outlook June 05, 2015 14:08 IST Geelani Declares He is 'Indian' for Passport, Calls It 'Compulsion'

Separatist leader Syed Ali Shah Geelani today appeared before passport authorities and declared himself as an Indian while completing formalities for travel documents but insisted that he did it out of "compulsion".

"Geelani submitted his biometric data -- finger prints and iris scan -- at the designated counter," an official of the Regional Passport Office here said.

The 88-year-old hardline Hurriyat leader, who wants to visit his ailing daughter in Saudi Arabia, reached the Passport Seva Kendra here at the scheduled time of his appointment at 10.15 AM.

He mentioned 'Indian' in the nationality column, the official said.

Talking to reporters outside the passport office, Geelani said, "I am not by birth Indian. It is a compulsion".

A Hurriyat spokesman justified Geelani writing Indian in the nationality column saying "travelling on the Indian passport is a compulsion of every Kashmiri".

"Geelani too is compelled to complete the formalities in this regard," he added.

The issue of granting Geelani passport had sparked a political debate with ruling BJP opposing it saying that he should declare his nationality as Indian and apologise for his anti-national activities. However, its ally PDP had favoured it while former chief minister Omar Abdullah had said it was not an issue as Geelani had been given passport in the past too.

The Home and External Affairs ministries had a fortnight back said that Geelani's passport application was incomplete and could not be processed.

The Centre had said it will examine Geelani's application on merit once he completes all formalities.

"An incomplete passport application was received from him (Geelani). Fees were not paid and the biometric details and photographs not submitted," Spokesperson in MEA Vikas Swarup had said.