GDP Likely To Be Hit By Just 0.2 Per Cent: Gowda 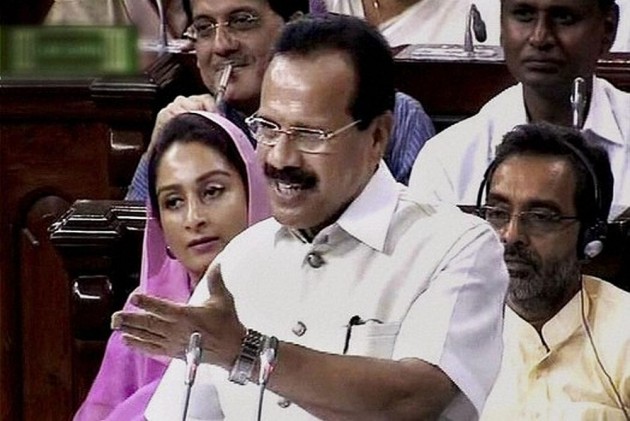 Union Minister for Statistics and Programme Implementation D V Sadananda Gowda today said demonetisation could bring down the growth rate by just 0.2 per cent and no more.

"I do concede that there will be impact of demonetisation on GDP. I do not dispute it. There is a small problem as far as employment generation and industrial productions are concerned. But still, it may not go more than 0.2 per cent, not more than that...," Gowda told reporters on the sidelines of a function here.

Stating that India's GDP stands at 7.6 per cent, Gowda said it may go down to 7.4 per cent.

The Union minister said he is hopeful that the problem would be sorted out soon. "As soon as present problems are streamlined, automatically things will improve. For 10-12 days, more than Rs 4,000 crore black money have been unearthed. Gold in kilograms were also recovered," he said.

Stressing on financial discipline in the country, Gowda said corruption should be "curbed at any cost". "Otherwise nothing could be done," he said, adding that the Centre has taken stringent measures and action against bank and other officials who had colluded with the black marketeers and others who had violated the law.

Asked about the lack of action against politicians who have allegedly hoarded black money, Gowda spoke of the raid at the house of Tamil Nadu chief secretary. "He may be an official, but the fact remains that he was heading a government of the ruling party in that state."