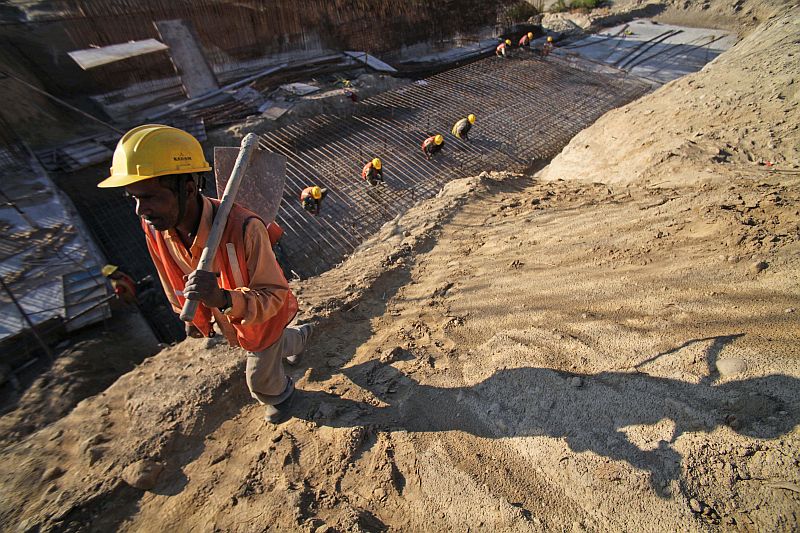 A good monsoon, reforms and timely decision making at the Centre will definitely push India's growth beyond the 8 per cent mark in subsequent quarters of this fiscal, Niti Aayog Vice-Chairman Arvind Panagariya has said.

"I am confident that it (GDP number) will be over 8 per cent in subsequent quarters (this fiscal)," Panagariya said.

Elaborating, he said, "This will happen because there will be impact of reforms also (besides a good monsoon). We still have not seen (the impact of reforms). There were serious governance issues earlier. Projects were stuck. The decisions were not taken at the Centre."

India's growth rate slipped to a 6-quarter low of 7.1 per cent in April-June due to subdued performance of mining, construction and farm sectors.

The figure was 7.9 per cent in January-March. Last year, Indian economy expanded by 7.5 per cent in the April-June quarter.

Admitting that the 7.1 per cent is a slight dampener in the first quarter, he said, "It was slightly lower than my expectations. First quarter data did not have any impact of the good monsoon this year."

India's foodgrain output is estimated to rise by 9 per cent to an all-time high of 135.03 million tonnes in the kharif season (summer sown) of 2016-17 on record output of rice and pulses following bountiful rains.

Higher output of pulses will also help soften retail prices, which have remained a sticking point.

The country's overall foodgrain production had fallen to around 252 mt level in each of the previous two full crop years -- including kharif and rabi -- due to two consecutive years of drought.

Continue FREE with Ads Pay Rs. 1 to Read Without Ads
READ MORE IN:
Arvind Panagariya Business
Next Story : Only Through Peace and Harmony Can Problems Be Resolved: PM
Download the Outlook ​Magazines App. Six magazines, wherever you go! Play Store and App Store