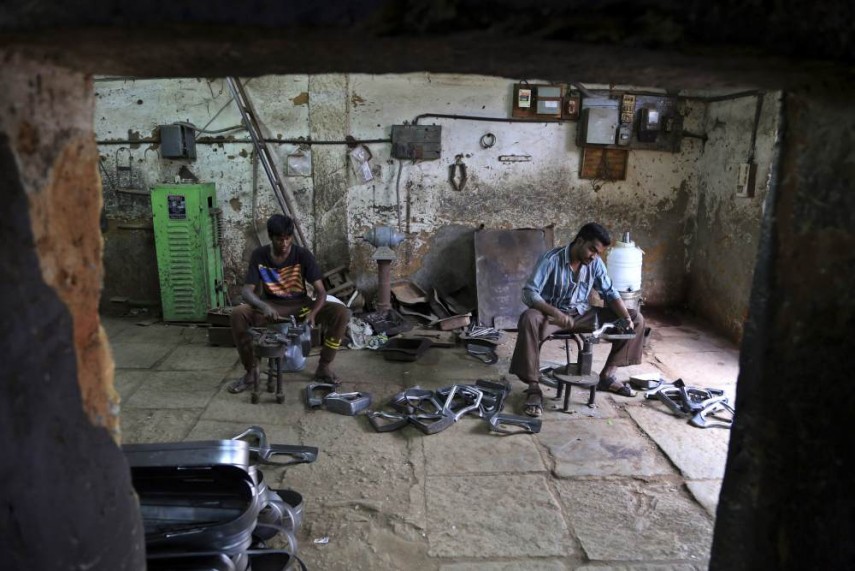 Gaining momentum, economy grew by 7.9 per cent in March quarter to consolidate India's position as the fastest growing major economy with a five-year high growth rate of 7.6 per cent for the full fiscal on robust manufacturing growth.

Enthused by the impressive numbers for 2015-16, as against 7.2 per cent in previous fiscal, the government said the growth rate can go up to 8 per cent in the current fiscal on the back of good monsoon.

The farm sector also rebounded to the growth zone, as against a contraction in previous year, although the rate of expansion was low at 1.2 per cent in 2015-16.

The industry lauded the numbers and expressed hope that better monsoon and further reforms will help expand the economy at even a faster pace.

According to the data released by the Central Statistics Office (CSO) today, the growth in manufacturing and farm sectors during the fourth quarter accelerated to 9.3 per cent and 2.3 per cent, respectively.

The core sector data in April too indicated momentum in the economic activity as it grew at rate of 8.5 per cent in the month, the highest in the last four years.

"The various measures that the government has been taking in the last couple of years is beginning to show results and overall there are greenshoots...This year hopefully with good monsoon we should look at a growth closer to 8 per cent," he said.

Finance Secretary Ashok Lavasa said, "We should work towards seeing this (GDP growth) number grow. We are focusing on capital spending in infra and social spending."

The CSO has also revised the GDP growth rate for previous quarters of 2015-16 -- 7.5 per cent for April-June, 7.6 per cent for July-September and 7.2 per cent for October-December.

The 7.6 per cent growth rate for 2015-16 is the same as projected by the CSO in its advance estimates of national income earlier in February this year.

CII Director General Chandrajit Banerjee too said that the economy would achieve close to 8 per cent growth in 2016-17, "riding on the crest of strong macro-economic fundamentals, positive business sentiment and pro-growth monetary and fiscal policies".

"Growth of 7.6 per cent for the fiscal year 2015-16 is in line with the advance estimates...In the current global economic scenario, this is a commendable performance and comes on the back of comprehensive reform measures undertaken by the government," said FICCI President Harshavardhan Neotia.

As per the CSO data, GDP of the mining and quarrying segment grew by 8.6 per cent in the last quarter of 2015-16 whereas electricity, gas, water supply and other utility services recorded a growth rate of 9.3 per cent.

Similarly, the construction sector grew at 4.5 per cent, trade, hotels, transport and communication at 9.9 per cent, financial, real estate and professional services at 9.1 per cent, and public administration, defence and other services at 6.4 per cent in the fourth quarter of 2015-16.

According to the new concept of Gross Value Added (GVA), farm sector grew at 1.2 per cent in 2015-16 as against contraction of 0.2 per cent in the previous fiscal.

The manufacturing sector accelerated to 9.3 per cent, up from 5.5 per cent in the previous fiscal.

However, the mining and quarrying segment recorded a growth of 7.4 per cent in FY2016, down from 10.8 per cent in the previous fiscal.