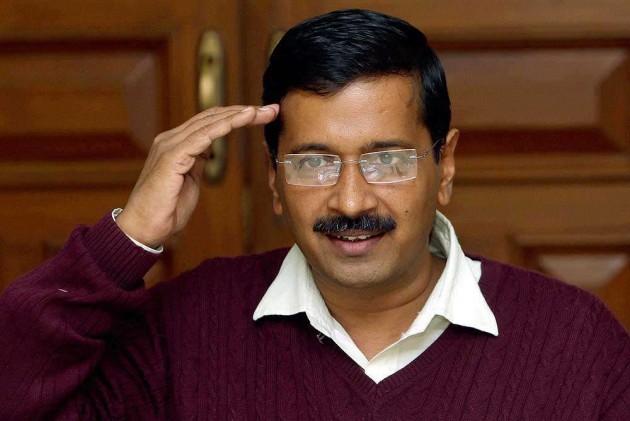 Asking the Centre to put on hold the decision to hike price of gas, to be implemented from April 1, he told a press conference that the Anti Corruption Branch (ACB) of his Government has been asked to file a criminal case under provisions of the Prevention of Corruption Act.

Kejriwal, whose government survives on Congress support, has been needling the party by launching probes into alleged corruption in Commonwealth Games projects and other issues. But this is the first decision in which he has sought to target ministers at the Centre and a high-profile corporate.

Alleging collusion between ministers, officials and RIL, Kejriwal said the details in the complaint were "shocking" and were an assault on the country's economic sovereignty amounting to anti-national activity.

Quoting from the complaint, the Chief Minister said the impact of the hike in gas price would cost the country a minimum of Rs 54,500 crore every year and allow RIL to make a future windfall profit of Rs 1.2 lakh crore.

Attacking Kejriwal as "ignorant", Moily said he did not know how government functions. He said fixing of price of petroleum products is done as per expert advice.

"I think I should sympathise with his ignorance. He should know how the government functions, how these things are done...I took special interest to ensure that the CNG and PNG prices are reduced. You should know that," he said.

The Chief Minister said hiking the price of natural gas will have a "cascading effect" on the economy as rates of transportation, power production, fertilisers and food items will go up significantly.

"I am writing to Prime Minister and the Oil Minister to keep the decision in abeyance pending the probe. I will also request PM to direct all ministries to cooperate with the probe," Kejriwal said without explaining whether ACB has the jurisdiction to probe the case.

On ordering an ACB probe, a government press release later said since most of the alleged offences, including the most important decision to finalise the exorbitant hike in prices of gas, have been committed in Delhi, the investigation has been referred to the ACB.

Kejriwal alleged that Reliance Industries Ltd was benefited as Oil Ministry decided to hike the natural gas price to USD 8 per million British thermal unit as against current USD 4.2 from April 1.

The government has already approved a proposal to price domestic gas at an average of international gas hub prices and actual cost of importing gas in its liquid form into India.

Quoting the complaint, Kejriwal said gas prices have been hiked with the sole intention of benefitting the RIL and no attempt was made to determine the cost of production independently and accurately.

"The government took no action against the RIL for its deliberate drop in production and ignored the CAG report and the then Solicitor General's opinion (in May 2012) and on the contrary accepted the RIL demand for doubling the gas prices from April 1 this year. This is a clear case of causing unimaginable loss to the government exchequer," said the complaint.

Kejriwal said since the decision to double the prices of gas will become effective from April 1 this year, when the term of the UPA government would almost be over, it should have left the decision on gas prices to the next government.

Kejriwal said the decision to hike the gas price from existing USD 4.2 (Rs 262.25) per mmbtu (One million British Thermal Unit) to USD 8.4 (Rs 524.20) per mmbtu will make the gas prices in India one of the highest in the world.

"In case this price hike is allowed to take place, it will make the life of common man miserable since it will have a cascading effect on transport, domestic gas and even electricity prices," he said, alleging that RIL did not produce adequate gas from eastern offshore KG basin block so as to put pressure on the government to hike the price.

"We believe that inflation is going up due to corruption. We will have to take strict actions to weed out corruption. It is a decisive battle for us," Kejriwal said.

He said the government's argument to hike the gas price based on international rates and not on the basis of cost of production, was not acceptable.

"Basically they were looking for some ways to inflate the price. In the complaint it is also alleged that Reliance partner NICO still today is providing gas to Bangladesh at USD 2.34 dollar per unit," Kejriwal said.

And another story from our July 8, 2013 issue on how the government’s single gas-pricing formula is designed to hurt consumers, help Reliance:  All Heads In The Oven