Ganga Pollution: NGT Asks Industries Why They Shouldn't Be Shut 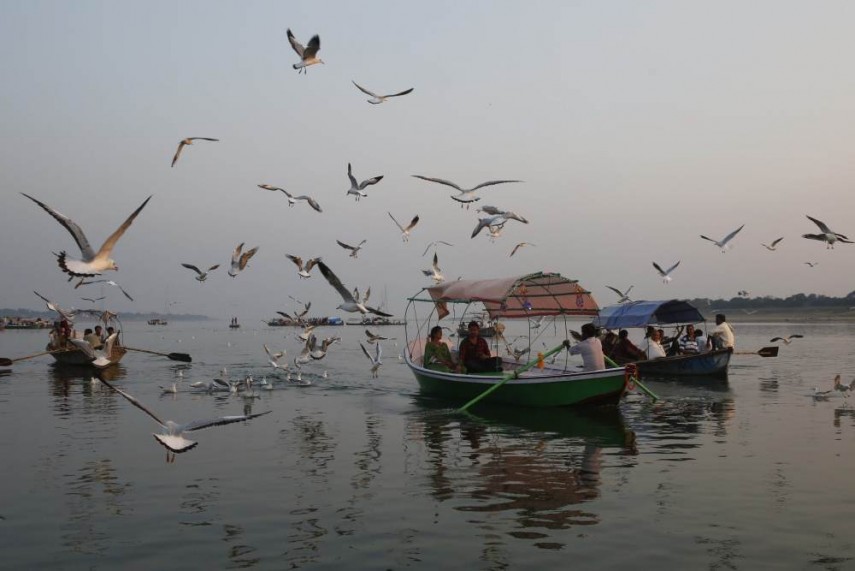 Print
A
A
A
increase text size
Outlook February 17, 2016 15:02 IST Ganga Pollution: NGT Asks Industries Why They Shouldn't Be Shut

The National Green Tribunal today issued show cause notice to industries located on the stretch from Haridwar to Kanpur asking why they should not be shut down for polluting river Ganga.

The green panel also directed industries like tannery paper and pulp, textile, slaughter houses etc to clear their stand on attainment of zero liquid discharge, installation of online monitoring systems, current status of these units and asked what steps they have taken till now to control pollution resulting from their activities.

"Is there any single industry which is polluting according to you (industries)? In the last two years, we have not heard so from you people, still the pollution exists. You say your units do not cause pollution but have you ever got your trade effluent analysed?

"If pollution is there why shall we not shut these industries. Tell us why we should not close down industries which are running without consent from the pollution board," a bench headed by NGT Chairperson Justice Swatanter Kumar said.

The Tribunal ordered Uttar Pradesh Pollution Control Board to put on its website the list of 1,070 seriously polluting units and also the Environment Ministry to clarify the process of identifying seriously and grossly polluting industrial units in public domain.

During the proceedings, the counsel for slaughter houses contended that they were not discharging anything into the river and in fact irrigating fields from their used water.

To this the tribunal said, "What happens when you irrigate the land from your water? Do you even know what kind of effluents you are releasing into the underground water? You are causing water pollution directly."

The tribunal will now hear the matter on March 7.

On February 10, the green panel had set up a committee to look into the polluting industries located along the banks of Ganga and inform it about the quantum of sewage discharged by them in the river.

"The committee shall submit report on actual effluent discharge from each drain that joins Ganga and measure load on points where Sewage Treatment Plants (STPs) are sought to be constructed under Phase-I B of the judgement (Haridwar to Kanpur)," the bench had said while warning that if the directions are not complied with, it would impose heavy costs.

The green panel had also asked the UP pollution control board to inform it about the industrial units of tannery, paper and pulp, textile, located along the banks of Ganga, to submit their stand before it.

It had asked the committee to look into the issue of dead bodies of humans and animals being dumped into the river and submit its report within three weeks.