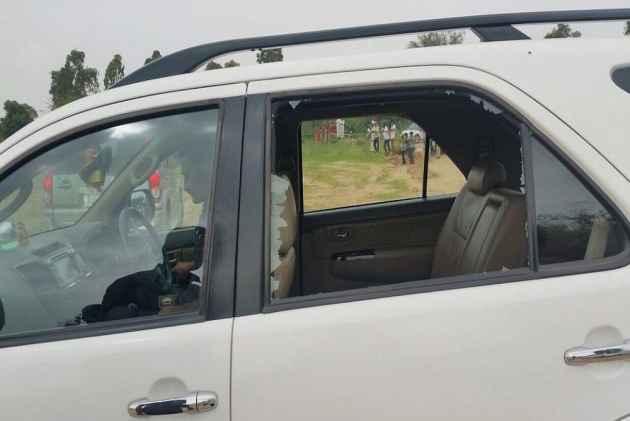 The women's wing of the Goa Congress has decided to send bangles to Prime Minister Narendra Modi and BJP president Amit Shah to protest the attack on Congress vice-president Rahul Gandhi's car in Gujarat.

The Gujarat Police had on Saturday arrested a person, identified as Jayesh Darji alias Anil Rathod, for allegedly throwing a stone at Gandhi's car in Banaskantha district on Friday when he was on a visit to the flood-hit areas.

Congress leaders claimed that Darji was a local office bearer of the BJP's youth outfit.

"We are sending boxes of bangles, which we have collected from our homes, to Prime Minister Modi, BJP president Amit Shah and the persons who threw stones at our leader's car," Goa Pradesh Mahila Congress Committee president Pratima Coutinho told reporters here on Saturday.

She said throwing stones was a cowardly act against the person who had gone to console the people suffering due to the floods.

"India is a democratic country. Anybody can go anywhere without fear," Coutinho said.

The BJP should know that Gandhi, whose family members have sacrificed their lives for the country, would not be afraid of such attacks, she said.

Gandhi had escaped unhurt in the attack in which the glass pane at the rear of his car was broken.

The incident had triggered protests from the Congress.