Future Belongs to Countries With Grains, Not Guns: Swaminathan 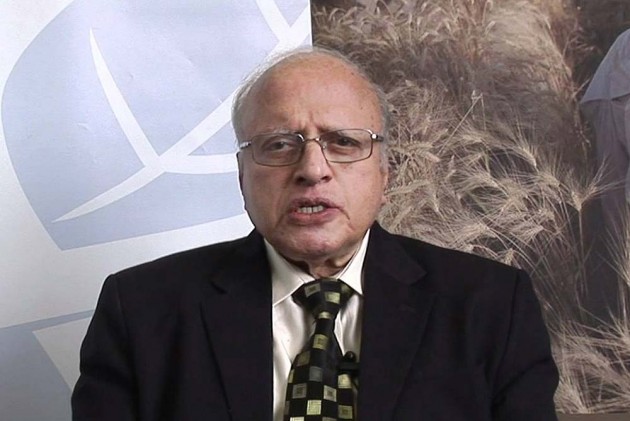 Print
A
A
A
increase text size
Outlook October 20, 2015 12:55 IST Future Belongs to Countries With Grains, Not Guns: Swaminathan

Asserting that the future belongs to countries with grains and not guns, father of India's Green Revolution M S Swaminathan said India should give more priority to agriculture sector, the backbone of its economy.

He said future belongs to the countries with grains, not guns. He lamented that agriculture is not receiving necessary attention in India.

He said that the intentions of Prime Minister Narendra Modi "are good", but things are not happening the way they should at the ground level.

"His (Prime Minister's) intentions are good. His announcements are good. But actually at the field level things are not happening the way I would like to see," Swaminathan said.

"In India, concerns have been raised about the new government's priorities not exactly being in alignment with the policy initiatives that have been described in your presentation," he said.

Swaminathan said one should maintain social protection methods and strengthen them further.

Giving the example of his home State of Tamil Nadu, he said the Chief Minister (J Jayalalithaa) through her social welfare measures is able to meet people's need at a zero cost.

Noting that food storage losses are very high, he said this is one main area that needs to be focused on.

In his presentation, he also called for adaption and mitigation to combat climate change and use seeds that are resilient and participatory local research.

Healthy oceans, he said, are key to achieving the sustainable development goals.

"We have 97 per cent water on earth- we can produce a lot of food with it though natural resources conservation and sustainability work," he said.