Further Disciplinary Action Against Devyani Khobragade Not Ruled Out 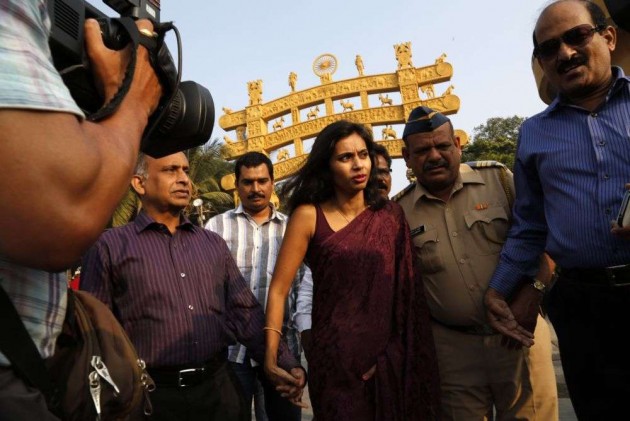 Print
A
A
A
increase text size
Outlook December 26, 2014 21:39 IST Further Disciplinary Action Against Devyani Khobragade Not Ruled Out

The External Affairs Ministry today did not rule out any further disciplinary action against senior diplomat Devyani Khobragade, who had hit the headlines last year after being arrested in the US in a visa fraud case.

Disciplinary as well as administrative action have been taken against Khobragade, who has been put on "compulsory wait" after being removed from the position of Director-level officer in the development partnership division of the ministry.

When asked about her recent media interviews, External Affairs Ministry Spokesperson Syed Akbaruddin said she was bound by the rules of the service and the authorities concerned will focus if "any other things" have been brought to its notice.

"She is bound by the rules of the service and our interaction with her will be in that ambit. She has herself repeated several times that she sees herself as functioning within the ambit of those rules. That said, there was a proceeding which has led to certain disciplinary action related to her that has been completed.

"She's been informed about this and if there are any other things that have been brought to the notice of the authorities concerned in the Ministry of External Affairs, they will focus on this and will take appropriate steps in this regard. At this stage, what has been completed is a process which started several months ago," he said.

A departmental inquiry into 40-year-old diplomat acquiring US passports for her children without informing the ministry has been concluded and has found that her action was "violative of conduct rules" leading to a disciplinary action.

Khobragade, former Deputy Consul General of India in New York, was arrested in the US on charges of making false declarations in a visa application for her maid and subsquently, released on a USD 250,000 bond.

The issue had escalated into a full-blown diplomatic spat between the US and India, which retaliated by downgrading privileges of certain category of US diplomats, among other steps.