From 'Pradhan Mantri' To 'Samsung', Rajasthan's Village Bundi Has The Most Innovative Names

Names of people after top-ranking posts, high offices and mobile brands and accessories aren't something new in this district. 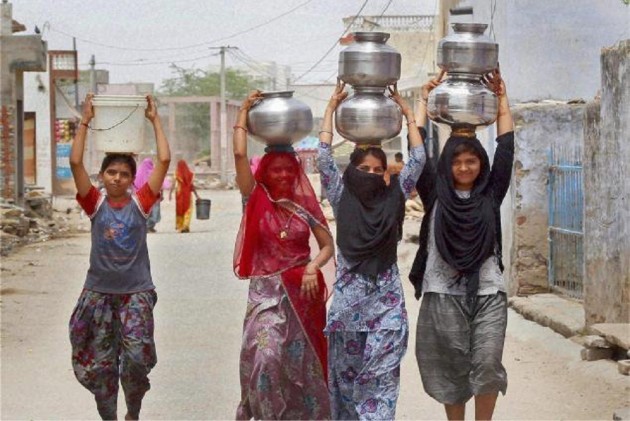 Print
A
A
A
increase text size
Outlook April 16, 2017 12:27 IST From 'Pradhan Mantri' To 'Samsung', Rajasthan's Village Bundi Has The Most Innovative Names

If you hear someone saying here "Rashtrapati has gone to graze goats" or "Pradhan Mantri has left for the city to purchase essentials", don't be surprised.

Also a doctor being asked to prescribe medicines for Samsungs or Androids suffering from dysentery isn't something uncommon.

Names of people after top-ranking posts, high offices and mobile brands and accessories aren't something new in this district.

So apart from Rastrapati, Pradhan Mantri, Samsung and Android, there are others who have names like SIM Card, Chip, Gionee, Miss Call, Rajyapal and High Court.

In Ramnagar village, which is about 10 km from the district headquarters and has a population of a little over 500 people from the Kanjar community, the names are usually after top ranking posts, high offices and popular figures.

Though most of the people in the village are illiterate, their names speak otherwise.

A woman was so impressed by the aura of the district collector during his visit to the village that she named her grandson Collector, who never went to school and is now 50 years old.

"Several people in the village often engage in illegal activities and frequent police stations and courts. Influenced by the reputation and dignity of officials, they tend to name their children after posts and offices like IG, SP, Hawaldar and Magistrate," says a teacher in the government school of the village.

Congress, a passionate fan of Indira Gandhi, named all his family members as Sonia, Rahul and Priyanka.

A disabled person named High Court is popular in the village for his fierce nature. At the time of his birth, his grandfather was granted bail by the high court in a criminal case and hence his name.

People of the Moggiya and Banjara communities living in villages in Nainwa region of the district name their children after mobile brands and accessories.

Women and girls from the Meena community in Arniya village have their own share of names: Namkeen, Photobai, Jelabi, Mithai and Phaltu.

"When we were left stunned when he first learnt about these named during registration. But now we are used to writing such names," Rathore says, adding Smartphone and Android are some new entries to the name list.