Fresh Petition in SC Against Grant of Bail to Shahabuddin 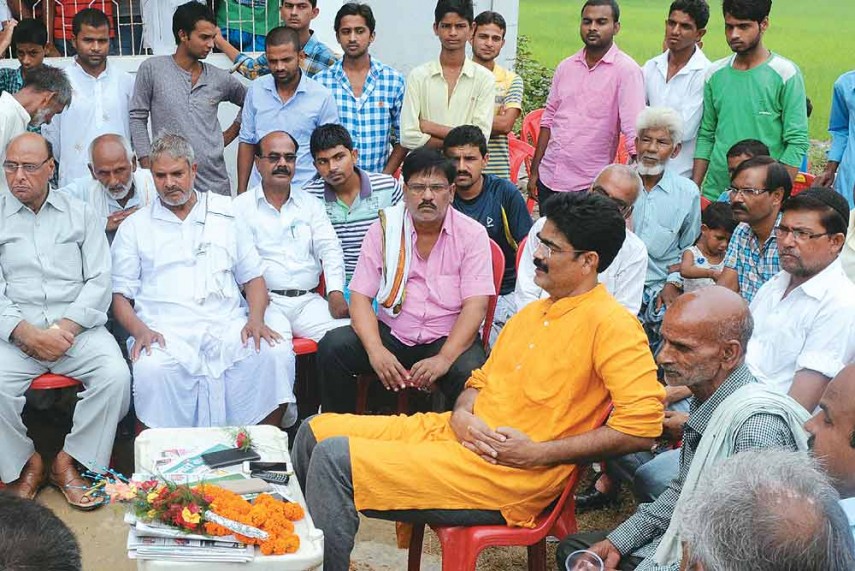 Print
A
A
A
increase text size
Outlook September 25, 2016 14:23 IST Fresh Petition in SC Against Grant of Bail to Shahabuddin

In fresh trouble for RJD leader Mohd Shahabuddin, the mother of three youths who were brutally killed by henchmen of the controversial politician has moved the Supreme Court seeking cancellation of bail granted to him in the case in which he has already been sentenced to life.

The woman, whose two sons were killed and her third son, who was an eye witness to the incident, later on murdered allegedly at the instance of Shahabuddin, has challenged the Patna High Court's March 2 this year order granting regular bail to him during pendency of his appeal.

While a sessions court in Siwan had convicted Shahabuddin for the offence of murder and kidnapping for ransom in the twin murder case and had awarded life imprisonment to him, the trial in the murder case of the eye witness son is going on.

In her plea, Kalawati Devi has claimed that the high court had "completely lost sight" of the fact that Shahabuddin was a "dreaded criminal, who has absolutely no regard for the law, and granting bail to him even though he has been convicted for heinous offences like murder, abduction etc and is still facing trial in many of the cases lodged against him would be travesty of justice".

On September 19, the apex court had sought a response from Shahabuddin on a separate plea filed by Devi's husband Chandrakeshwar Prasad challenging the bail granted to him by Patna High Court in the murder case of their third son.

In her plea, Devi has said that as per an affidavit filed by the Bihar government in the apex court, till November 2014, trials in at least 38 cases were pending against him in which he was facing alleged heinous charges of murder, attempt to murder, rioting with deadly weapon, extortion and others.

Her plea is likely to come up for hearing before the apex court tomorrow.

Devi has said in her plea, filed through advocate Prashant Bhushan, that her two sons, Girish and Satish, were abducted by Shahabuddin's henchmen and after being brutally assaulted, they were killed by acid poured on them and their bodies, packed in a sack full of salt, buried. (More) The plea alleged that Devi's third son, Rajiv Roshan, was initially abducted but he had managed to escape. He was an eye-witness to the killing of his two brothers.

"The High Court did not consider that, apart from being terror as dreaded criminal, Shahabuddin is considered to be a very influential person in Siwan as he is a two-time MLA and four-time MP from there. Being convicted in many criminal cases, he has been debarred from contesting since 2009 general elections," the plea claimed.

It said that some of the cases could not be proved against him due to lack of evidence as sometimes Shahabuddin "managed to influence the prosecution or sometime witnesses were too afraid of deposing against him".

"The grant of bail to a history-sheeter like Shahabuddin is travesty of justice. If the bail granted Shahabuddin is not stayed by this court, irreparable injury is going to cause to the interest of the present case as well as other pending cases," it said, adding, "there is a serious threat to the life of the petitioner and his family members".

Shahabuddin, who was granted bail by the Patna High Court on September 7 in another case, was released from Bhagalpur jail on September 10. He was in jail for 11 years in connection with dozens of cases against him.