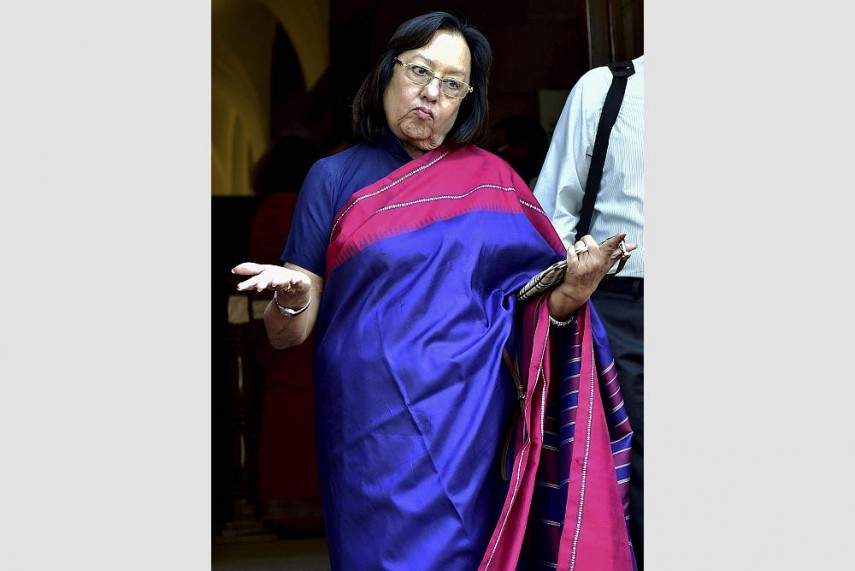 Four Naga People's Front (NPF) MLAs today met Manipur Governor Najma Heptullah and extended their support to the BJP for formation of the new government in the state.

The NPF is a constituent of the NDA. Earlier, four National People's Party (NPP) legislators had extended their support to the BJP.

The BJP has claimed that it enjoyed the support of 32 MLAs in the 60-member Assembly.

A BJP delegation had met the Governor on Sunday with 21 party MLAs besides 4 NPP MLAs, one LJP and TMC MLA and a Congress MLA.

BJP had also claimed that they have the support of the NPF and also submitted a letter from the Naga People's Front president pledging their support to the BJP to form the government.

Raj Bhavan sources had earlier said that the Governor wanted to meet the NPF MLAs and verify on her own as to whom they are supporting in the formation of the next government in the hung Manipur Assembly.

The Congress has won 28 seats in Manipur while the BJP has secured 21. The NPP and the NPF have won four seats each. Lokjanshakti Party and Trinamool Congress bagged one seat each.

Continue FREE with Ads Pay Rs. 1 to Read Without Ads
READ MORE IN:
Najma Heptullah National
Next Story : Amarinder Singh for a 'Simple' Swearing-In Ceremony, Says 'Govt Committed to Get Punjab Out of Financial Doldrums'
Download the Outlook ​Magazines App. Six magazines, wherever you go! Play Store and App Store