Till last night, they were detained but later they were arrested for allegedly stalking and using words and gestures to outrage the modesty of a woman 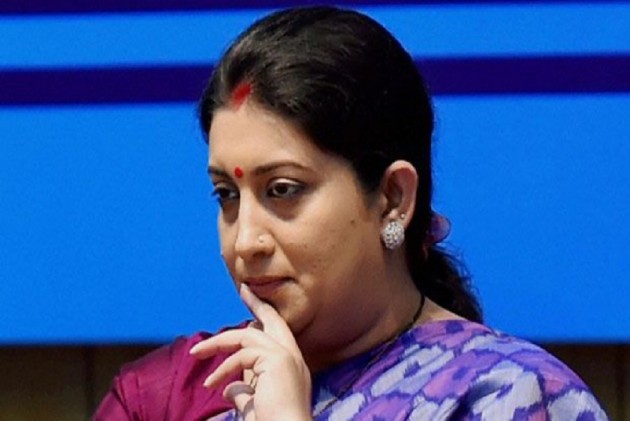 Four DU students, who followed Union minister Smriti Irani's car in Lutyens Delhi in an "inebriated" state, have been arrested for allegedly stalking and outraging the modesty of a woman.

Till last night, they were detained but later they were arrested for allegedly stalking and using words and gestures to outrage the modesty of a woman, police said.

They will be produced in a court today.

A PCR call was received around 5 PM that four youths in a car were indulging in "unwanted action", said a senior police officer.

A call was received from the minister's staff yesterday that the youths were trying to overtake her vehicle near Moti Bagh flyover and their actions were unwanted.

With the help of PCR van, the car was intercepted near the US Embassy.

The four youths were apprehended and taken into custody.

Their medical examination was carried out and it was found that they had consumed alcohol.

They stay in a PG in Vasant village and had liquor at a friend's birthday party. After the party, they were driving around for fun last evening.

Continue FREE with Ads Pay Rs. 1 to Read Without Ads
READ MORE IN:
Smriti Irani National
Next Story : Mulayam Singh Yadav Hits Out At Son, Says 'One Who Is Not Loyal To His Father, Can't Be Loyal To Anyone'
Download the Outlook ​Magazines App. Six magazines, wherever you go! Play Store and App Store