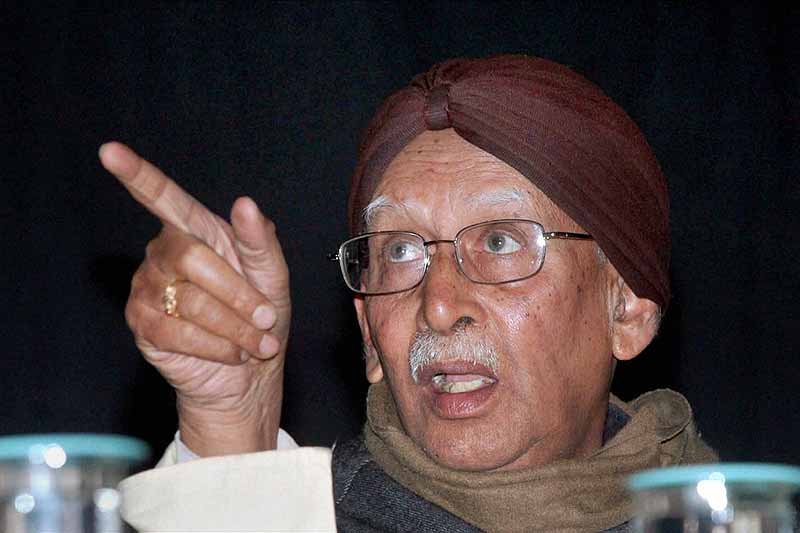 outlookindia.com
-0001-11-30T00:00:00+0553
K S Sudarshan, who needled the then Prime Minister Atal Bihari Vajpayee and other BJP leaders during his nine-year tenure as RSS chief, died here today after a heart attack.

The former RSS chief, 81, known for his hardline views, died at the RSS office here at 6:50 AM. He was in the city for a book launch function.

A known votary of 'swadeshi', Kuppahalli Sitaramayya Sudarshan, who became head of the RSS in 2000 when the NDA was in power, differed with the economic policies of the BJP-led government for its continuance of the liberalisation programme started in 1991.

After the fall of the Vajpayee government, he had said in an interview that he did not not consider Vajpayee among the "best prime ministers" as he had failed to do anything on the Ayodhya issue.

He had also stirred the hornet's nest when he had then suggested that old guards like Vajpayee and L K Advani should give way to younger leadership.

Sudarshan, a bachelor, who is survived by a brother and sister, had gone for an early morning walk and suffered a heart attack while doing Pranayam in his chamber in the RSS office, doctors said.

Sudarshan's body is being taken to RSS headquarters in Nagpur and will be kept there for the people to pay their last respects, RSS members said. His last rites will be performed tomorrow at 3 PM in Nagpur.

Born on 18 June, 1931 in Raipur, he did his Bachelor of Engineering in Telecommunications.

Sudarshan, who became the first RSS chief from RSS, had served as Pracharak of Rashtriya Swayamsevak Sangh (RSS) for six decades. He became its Sarasanghachalak (chief) in 2000 succeeding Rajju Bhaiya. He stepped down from the post due to poor health.

A native of Kuppahalli village in Mandya District of Karnataka, Sudarshan was known among the Sangh workers for his physical training.

During his tenure, Sudharshan stressed on economic sovereignty and construction of the Ram Temple in Ayodhya.

In August, he had briefly gone missing during his morning walk in Mysore.