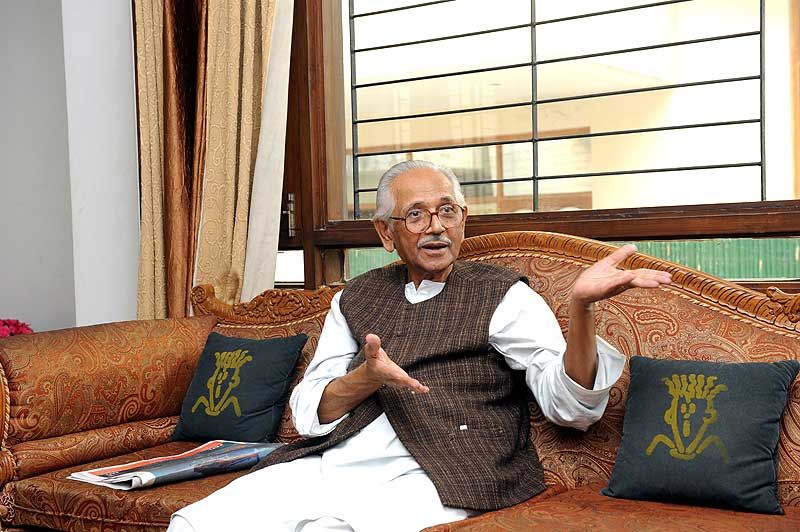 Former Chief Justice of India J S Verma, who headed a panel to frame a tough law to combat crimes against women in the wake of the Delhi gangrape incident, died of multi-organ failure here tonight. Verma was 80.

Dr Yatin Mehta, a senior doctor at Vedanta hospital where Verma was admitted, told PTI that the eminent jurist breathed his last at 9:30 pm.

"He was brought in with liver failure and bleeding from stomach on Friday," Mehta said.

Justice Jagdish Sharan Verma, who also served as the Chairperson of the National Human Rights Commission (NHRC, was the 27th Chief Justice of India and served from March 25, 1997 until his retirement on January 18, 1998.

He has deliberated on close to 470 cases since becoming an apex court judge in June 1989.

He headed the committee formed by the government to give suggestions for a stringent anti-rape law after the brutal Delhi gangrape of a 23-year-old physiotherapist on December 16, 2012. Most of the recommendations of this committee, which also had Gopal Subramanian and Leela Seth as members, were accepted by the government.

The Verma panel favoured comprehensive amendments to criminal laws seeking minimum 20 years imprisonment for gangrape and life term for rape and murder but refrained from prescribing the death penalty.

The government passed an Ordinance based on these suggestions and a anti-rape law was passed by Parliament in the first half of the budget session this year.

Condoling the death of Verma, eminent Jurist Soli Sorabjee said he was a man of "unquestionable integrity" and one who always supported a good cause.

Verma was also part of the nine-judge bench in 1994 which dealt with the S R Bommai case relating to proclamation of President's Rule under Article 356 of the Constitution in Karnataka.

In this judgement, the Supreme Court held that Presidential proclamation can only be imposed after Parliament approval.

As Chief Justice of India he also heard the Jain Hawala Case in which it was held that the notings in the diary containing the initials of some persons does not amount to a piece of evidence.

Some of the other important judgements given by Justice Verma included setting aside the Bombay High Court verdict holding the election of Shiv Sena leader Manohar Joshi to Maharashtra Assembly as void in 1996.

In the judgement, the apex court said that Hindutva is a way of life.