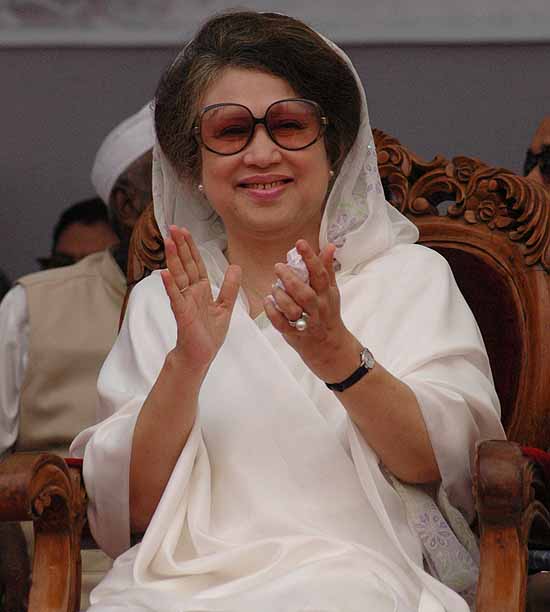 The BNP chief was scheduled to continue her defence statement in the case over the Zia Charitable Trust. In the case, the investigating officer was set to provide fresh testimony, bdnews24 reported.

Meanwhile, a prosecution witness gave his statement before the court in Zia Orphanage Trust graft case.

The court today fixed January 26 for holding further hearing in the case.

Judge Abu Ahmed Jamadar of Dhaka Special Judge's Court 3 fixed the date in response to a time petition filed by the BNP chief, the report said.

The two cases filed by the Anti-Corruption Commission (ACC) were being heard at Dhaka's Third Special Judges Court set up at a temporary location at Bakshi Bazar.

In 2008, the Anti Corruption Commission filed the Zia Orphanage Trust graft case against six including Zia and her son Tarique Rahman.

It alleged that the defendants had embezzled 21 million Bangladeshi Taka from funds meant for the trust, which reportedly came from a foreign bank.

In 2011, the anti-corruption watchdog sued the BNP chief and three others for embezzlement of 31.5 million Bangladeshi Taka (USD 4 lakh) of the Zia Charitable Trust.

ACC Deputy Director Harunur Rashid, also an investigation officer of the case, pressed charges against the accused on January 16, 2012.