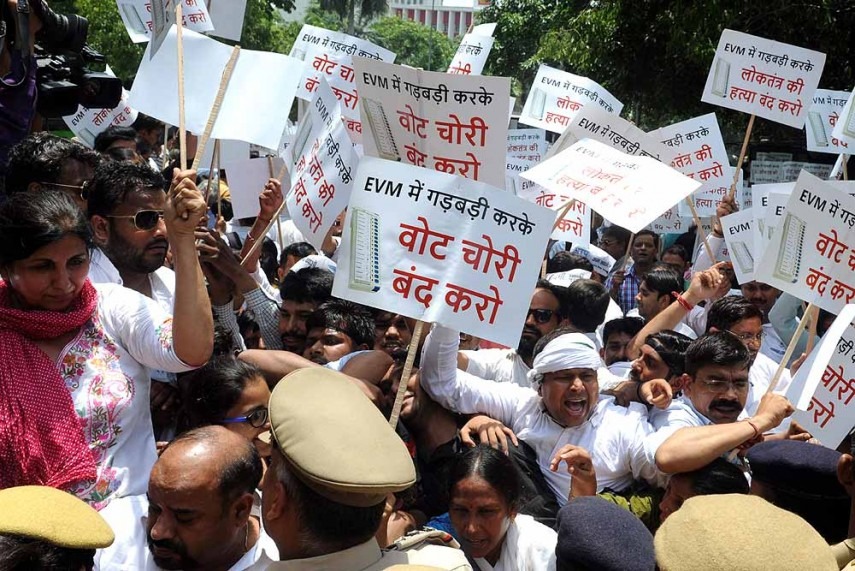 Print
A
A
A
increase text size
Outlook May 11, 2017 17:09 IST 'Form All-Party Committee to Look Into Allegations of EVM Tampering,' AAP Asks EC

The Aam Aadmi Party today demanded that an all-party committee under the Election Commission be formed to look into allegations of EVM manipulation.

The party will approach the commission tomorrow seeking access to electronic voting machines (EVMs) that were used in the recently held assembly polls.

AAP MLA Saurabh Bhardwaj, who had showed a live demonstration of how an EVM look-alike could be tampered with in the Delhi Assembly on May 9, told a press conference that the committee must have representatives of all the political parties.

The Election Commission has called an all party meeting on the raging issue tomorrow at its headquarters here.

AAP has vociferously raised the issue after its disappointing performance in Punjab and Goa Assembly elections and the recent MCD polls.

"Why is it that all the technical defects in EVMs that have come to light recently, say in Bhind or Dholpur, favoured only the BJP?" Bhardwaj asked.

The AAP is deputing Bhardwaj along with two technical experts at the meeting called by the EC tomorrow.