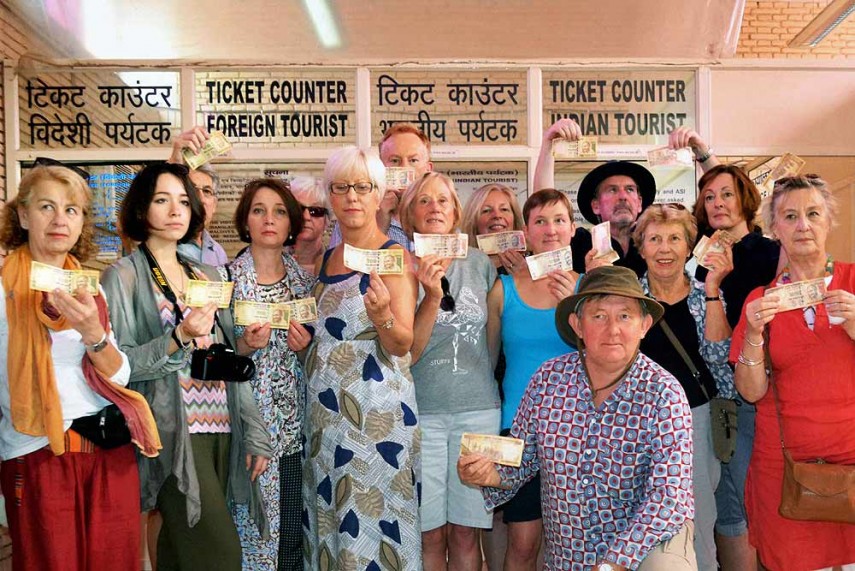 The sudden demonetisation of high value notes has has come as a blow for foreigners in India, who now find themselves stranded as they face difficulties in converting foreign exchange into Rupees.

With 1,000 and 500 rupee notes demonetised overnight, foreigners, especially those in the country for medical treatment, have to depend on either travel agents or foreign currency exchange centres.

According to Anil Punjabi, the eastern region chairman of the Travel Agents Federation of India, he has been receiving non-stop calls since November 9 from foreign tourists and travel agents, mostly complaining about their predicament post-demonetisation.

"Maybe the decision will bear fruit in the long term, but right now it has caused trouble for the foreign tourists since foreign exchange centres do not have enough cash to exchange their currencies," Punjabi told PTI.

Punjabi says that as the foreigners do not have Aadhaar card, voter card or PAN card, they cannot even go to a bank to exchange the money.

"They have to depend on either travel agents or foreign currency exchange centres," he said.

"A few days back I received a call from a tourist who told me that he was running short of cash and do not have money to get milk for his child. This is the situation," Punjabi said.

Iqbal Mulla, who runs a travel agency, said that the joy of visiting a new country had been replaced by the uncertainty of being penniless in an unknown place.

Mulla told PTI that the move would send a wrong message to foreign tourists and have bad impact on the tourism industry in general.

Mulla said that most of the banks were not exchanging money the foreign tourists possessed, as long queues were witnessed outside the foreign exchange corners.

Robert Rudovic, a German tourist, said, "I had exchanged 200 US dollars last week and got most of the money in Rs 1,000 and Rs 500 notes. Now we are reduced to the status of going almost without any money in a foreign country. We just have a few Rs 100 and Rs 50 valid notes."

It is also a nightmarish experience for Bangladeshis in Bengal for getting treated in hospitals, as they run from pillar to post to get smaller denomination notes. MORE "We came to India because the quality of medication and

treatment is far superior to what we have back in our country, though it's more expensive here. Most of the hospitals are not accepting high value notes," Abul Siddique, who brought his mother along for treatment in Kolkata, said.

For the Bangladeshi patients, Kolkata is a preferred medical destination because of geographical proximity, common language and culture.

Emran Ahmed from Bangladesh said, "We came here last week for our son's treatment. Now the entire cash that we converted into Indian rupees has become useless. What will we do now? We have contacted our travel agent, who, we hope, can render some help."