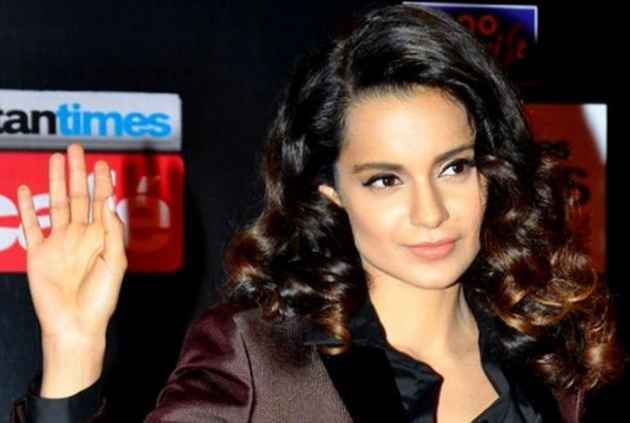 Kangana Ranaut is undoubtedly controversy's favourite child. "Simran" writer Apurva Asrani recently accused her for taking credit for his work in the movie and now filmmaker Ketan Mehta has sent her a legal notice for "hijacking" his dream project on Rani Lakshmi Bai.

Mehta and Kangana were supposed to team up for "Rani of Jhansi: The Warrior Queen". But the National Award-winning star recently announced another film titled "Manikarnika - the Queen of Jhansi" with director Krish.

"We sent the legal notice earlier this week, but there is no response to it. After we learnt that they are making the film on the same subject, we decided to go the legal way," Mehta told PTI.

"This is complete breach of trust. I believe hijacking a fully developed project is a brazen attack and this is not acceptable," added the director of films such as "Maya Memsaab" and "Mirch Masala".

The filmmaker, who has worked with some of the biggest stars in the Indian film industry, says he is in deep shock and has never faced a situation like this before.

"It's my dream project and I have been working on it for 10 years. This has been a life-long ambition. I have worked with stars like Aamir Khan, Shah Rukh Khan, Naseeruddin Shah, but this has never happened to me. This is unethical."

Mehta says he had approached Kangana to play the role of Rani Lakshmi Bai in June 2015 and the "Queen" actress had committed to doing the film.

"Since 2015, we have been talking about the project. We have shared various versions of the script, research material, and books with her. We were planning it as an international co-production so that we could reach out to the global audience. She had said she was excited about the film."

Before taking legal action, the filmmaker had tried to contact Kangana.

"I was hospitalised for a minor surgery. I recovered in early March and that's when I learnt she is doing the film with someone else. This is shocking. She said she was under great pressure to start the film after the box office failure of 'Rangoon'. She said producer Kamal Jain wanted to do the film with a new team. It's crazy," he said.

Apparently, Kangana has said she was not keen on doing the film in English. But Mehta says his film was supposed to be bilingual - English and Hindi- and that the 30-year-old actress was aware about it.

"This is fabrication of sorts as the film was supposed to be made in both English and Hindi. The story of Rani of Jhansi has the potential to travel across the globe. It's the story of a courageous woman."

Kangana, he says, never informed him that she was not keen to work on the movie with him.

"She had said she would like to work on the script with us and she sent some notes for it. We were waiting for the final draft from the writer so that we could fine-tune it. Even our film was to start soon."

Kangana launched the first poster of "Manikarnika..." in Varanasi earlier this month. The actress was accompanied by the whole team including the director, producer and music composers Shankar-Ehsaan-Loy.