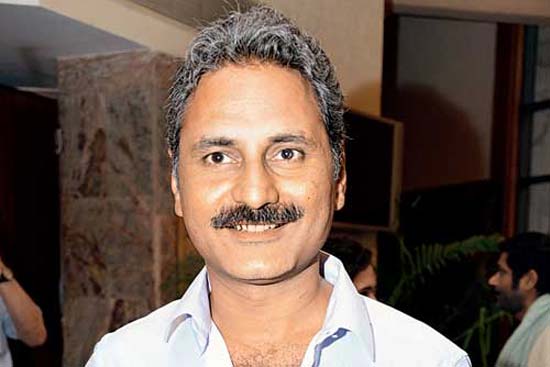 Bollywood film Peepli Live co-director Mahmood Farooqui, held guilty for raping a US researcher, was today sent to seven years in jail by a Delhi court which said that he took advantage of the situation when she was alone in his house.

Additional Sessions Judge Sanjiv Jain, in his over 150- page judgement, noted that the victim was a student who had come to India for her research work which she could not complete due to the incident.

The court, which on July 30 had held Farooqui guilty of raping the American woman last year at his house in a drunken state, also imposed a fine of Rs 50,000 on him and said the amount be given to the victim, failing which he would have to undergo an additional imprisonment of three months.

It tasked the Delhi Legal Service Authority to decide appropriate compensation for the woman.

While convicting 44-year-old Farooqui, the court said the victim's testimony was credible that he took advantage of the fact that their common friends were not at his residence where the researcher had visited.

The court also observed that there was no reason for the victim to falsely implicate Farooqui and a delay in lodging the FIR has also been explained "satisfactorily".

"I have no hesitation in holding that the prosecution has proved the guilt of the accused beyond reasonable doubt qua the charge of rape against him," the judge said.

"Testimony of the prosecutrix being truthful and credible can be relied upon as being of sterling worth for the purpose of the conviction.

"It was when the prosecutrix was alone with the accused, (Farooqui's) friend was away from his house, it was confirmed that common friend was not coming to the house, the accused taking advantage of the situation, raped her," the judge said.

"The prosecutrix was a student. She had come to India to do her research work. After the incident she could not complete her research," the judge said while ruling out the defence that the incident could not have taken place as Farooqui's friend was present in the house.

The court said, "The subsequent conduct of the victim of wanting to disassociate herself from the accused and to leave his house immediately and telling about her ordeal to her friend" and the emails exchanged between her and Farooqui after the incident, "clinches the case of prosecution".

Victim's counsel Vrinda Grover welcomed the verdict saying, "It is an important and a landmark judgement and we welcome it. We respect the sentence awarded by the court."

Delhi Police and the victim's counsel had sought maximum punishment of life term for the convict while the defence counsel Nitya Ramakrishnan had sought leniency for Farooqui on the ground of his "excellent" conduct and medical condition of a bipolar disorder.

The police had argued that Farooqui's act of raping a foreign national brought disrepute to India.

It had said that the woman was raped by a friend she trusted and that Farooqui being a prominent figure in cultural world, carried an additional responsibility to not conduct himself in such a manner.

Farooqui, who was out on bail, was taken into custody immediately after his conviction in the case.

Prosecutor Mohammed Ikrar had earlier said that the woman, in her complaint, had alleged that Farooqui was drunk when he raped her at his house where she had gone to seek his help for her research work in March last year.

The police had on July 29 last year filed a charge sheet against Farooqui, alleging he had raped the research scholar from Columbia University at his Sukhdev Vihar house in south Delhi on March 28 last year.

The court had on September 9, 2015, started the trial in the case after framing rape charge against Farooqui and the victim, based in the US, had appeared in the court on September 14, 2015 to record her statement.

The woman had, during the in-camera proceedings, alleged that Farooqui had raped her and later apologised to her in several e-mails exchanged between them.

Later, however, Farooqui had denied the allegations against him, saying he was falsely implicated by the woman.