Files Related To The Grant Of Rs 2.5 Cr For Film On Bal Gangadhar Tilak That Was Never Made Missing From Govt Records 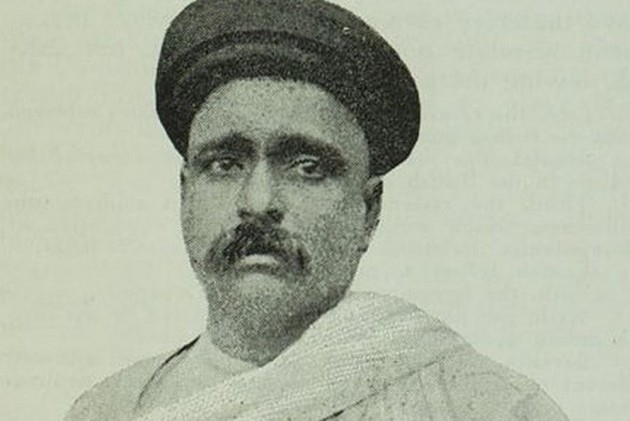 Print
A
A
A
increase text size
Outlook March 19, 2017 15:25 IST Files Related To The Grant Of Rs 2.5 Cr For Film On Bal Gangadhar Tilak That Was Never Made Missing From Govt Records

Files related to the grant of Rs 2.5 crore for a film on Bal Gangadhar Tilak that was never made, have gone missing from the government's records.

The revelation surfaced during a hearing before the Central Information Commission which was adjudicating a matter related to the Union Culture Ministry.

"The Commission finds that key records of sanction and payment of Rs 2.5 crores to Vinay Dhumale for production of a movie on Bal Gangadhar Tilak is missing and except for some oral statements by the CPIO and Deputy Secretary, there is no record present of who held the files," Information Commissioner Sridhar Acharyulu noted.

He has directed the Culture Ministry to initiate an inquiry into the missing files, and submit a report about action taken within 60 days of receiving this order.

The case related to V R Kamalapurkar who had filed an RTI application with the Culture Ministry seeking to know the records related the film on Tilak which was sanctioned in 2005.

The ministry officials told the Commission that Rs 2.5 crore was given to Dhumale, a producer, to make the film but it was never made.

Nirmala Goyal, a Deputy Secretary, said the ministry was able to find out about this embezzlement only after the RTI application was filed by Kamalapurkar in 2011.

"The money was transferred to Vinay in two instalments. She (Goyal) said, however, the movie was never made and there was no inquiry into the utility of the funds," Acharyulu said.

Central Public Information Officer of the ministry, Arnab Aich, an Under Secretary who was also present during the hearing, said the matter was referred to the CBI for inquiry but the final report is awaited.

"The file containing the details of the film project, sanctioning of the project and the officers involved in the monetary transactions was not traceable in the record room of the erstwhile Commemoration bureau (of the ministry)," he told the Commission.

He said searches were carried out in the record rooms between the years 2013 and 2017, but to no avail, and the file was categorised as missing.

"The officers could not show any document reflecting their efforts, if any. The representation of the officers led the Commission to understand that the public authority has not made up any case against any officer or found anybody responsible for last custody or the loss nor they filed any FIR regarding the missing file," Acharyulu pointed out.

Pulling up the ministry, he said it was surprising that it sanctioned Rs 100 crores for celebration of Golden Jubilee of Indian Republic and released Rs 2.5 crores to a person for making a movie on Bal Gangadhar Tilak but "simply ignores its responsibility of following up".

"It is to the credit of RTI Act that this major lapse has been exposed, still it remains a tragedy that the ministry has lost the entire record regarding this huge grant, that too without any consequence. Besides being a criminal case of corruption, this reflects a sad state of file keeping and inaction within the Ministry of Culture," Acharyulu said.

Continue FREE with Ads Pay Rs. 1 to Read Without Ads
READ MORE IN:
National
Next Story : All You Need To know About Yogi Adityanath, The New Chief Minister Of Uttar Pradesh
Download the Outlook ​Magazines App. Six magazines, wherever you go! Play Store and App Store